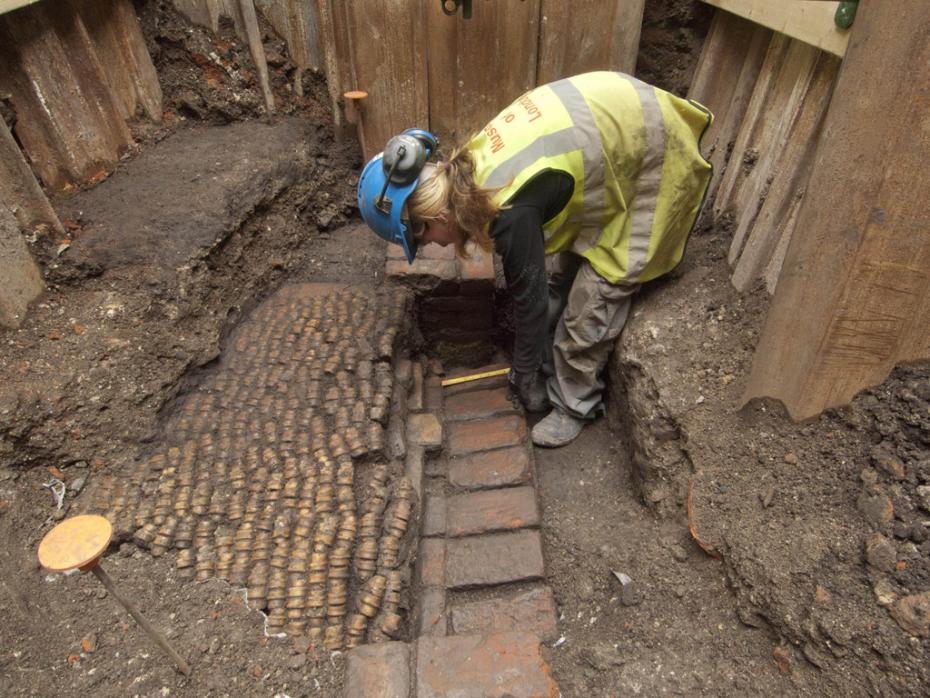 “This long awaited excavation is now starting give up the secrets of this historic site.” – Heather Knight, Directing Archaeologist.

It began in 2011, in Shoreditch, London, when archaeologists unearthed an early Shakespearean playhouse called “The Curtain Theater”. It was a trial excavation, revealing only a very small section of the Tudor-era building. It’s one of the earliest purpose-built playhouses in England, but new archaeology has unearthed a surprise that nobody, not even the experts expected.

The planned 2016 excavation continued the work the 2011 trial excavation started. Archaeologists were shocked to discover that the theater was, in fact, 30 meters long and 22 meters wide, and not round like everyone thought it would be. Other contemporary Shakespearean theaters like the Globe and the Swan theaters were round. The Curtain is, in fact, almost unique among purpose-built theaters. It’s modeled  after four-sided galleried inn courtyards, as was the traditional shape before the construction of the first purpose-built theaters.

The Museum of London Archaeology are in charge of the excavations that have been carried out in the past week. The archaeologists have uncovered the open yard where all of the poorer crowds would have stood or sat to watch performances. They’ve found brick footings of some of the theater’s outer walls, and they’ve found the inner walls where richer patrons would have sat with a clear view of the stage, above the roiling, smelly populace. Another great find is a substantial internal wall, behind the stage, and part of the building’s entrance.

The best find on the site gives us a window into what Shakespeare would have probably used for sound effect equipment: a late 16th century ceramic bird-song whistle. The instrument was usually used as a child’s toy throughout most of England in Elizabethan times, but since archaeologists have found it in situ, they believe that this was probably used to create bird sound effects during play performances like Romeo and Juliet, which was performed at the Curtain theater in 1598. Such a well-preserved whistle is a wonderful find for archaeologists. 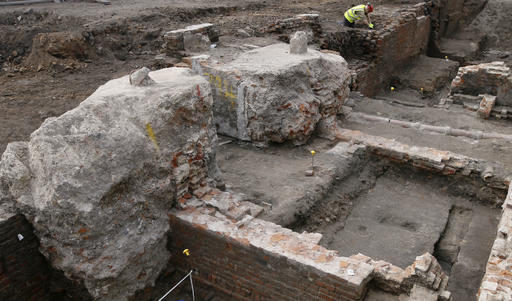 Up until this time, most experts had assumed that Shakespeare’s Henry V had been written to be performed at the Curtain Theater instead of at the Globe. But this new discovery- that the theater is, in fact, a rectangle- seems to suggest the opposite. Shakespeare would not have famously described a rectangular theater as “this wooden O” in the opening verses of Henry V unless the theater itself was, in fact, circular. So Henry V was likely to have been written to be performed at either the Globe or the Swan.

The Curtain was one of the longest-running and most successful theaters of the 16th and 7th century of London. The theater reached its peak of performances from 1577 to the later 1620s. It saw many famous plays, playwrights, and actors come and go. Everyman, a famous play by Ben Johnson that featured Shakespeare as one of the main actors premiered at the Curtain in 1598, and Birth of Merlin was staged there in 1622, and The Witch of Edmonton was staged there one year prior in 1621.

Archaeologists will continue to work on the site throughout the following month. Starting Fridays in May 20 to June 24, the public will be allowed to book tours. They’re free, but the spaces are limited.

Ultimately, the Museum of London Archaeology plans on opening the site as a permanent living museum of Shakespearean history. All the remains will be left where they were found, perfectly preserved and carefully looked after. They’re planning to create an entire community around the historic site, connecting the past to the present in an unique, tangible way so that the following generations can see London’s heritage for themselves.

This site represents a historic discovery for British history, and for the history of drama itself. It’s likely that the Curtain Theater still holds many secrets within its walls and pavements that have yet to be uncovered. We’ll see what the archaeologists unearth in the month to come.