A Danish Archaeologist Has Discovered How the Vikings Really Fought 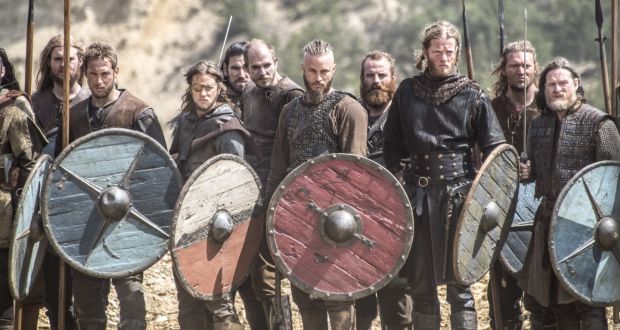 According to Danish archaeologist Rolf Warming, our preconceived notions about how Vikings really behaved in combat have been completely wrong.

A few iconic Viking shields have been found in archaeological digs across Denmark, Norway, and Sweden. Most of these have a very specific kind of damage on them, a damage that simply isn’t consistent with the kind of passive, defensive use we commonly think of as the Vikings using them for. Curious as to whether or not the notion of Vikings using their shields as pure defense truly held up to research, Rolf Warming decided to conduct his own tests.

Using a replica of the types of one-meter shields found in Viking digs, Warming donned some authentic armor, and got to work trying out several battle techniques in his own scientific trials. What he discovered confirmed his theory. When using the shield merely as a defensive tool, the damage the shield took on from attacks didn’t match up with the kind of damage found in real Viking shields in archaeological digs.

But, when he used the shield as an offensive weapon, the damage started to look more familiar.

Warming believes that no one technique would have been used, but that the Vikings probably generally used their shields not only to defend themselves, but also to parry weapons, and even bash their opponents into a pulp.

It makes sense. Imagine seeing a massive, armor-clad man come running at you, axe in one hand, and a shield measuring a meter across with a spike on it in the other. Imagine him smashing that spike into your face and using this hunk of metal and wood to knock your weapon out of your hands. It’d be terrifying!

Warming commented on the effectiveness of this fighting style. “When I went actively forward with the shield at both angles,” he said, “[the shield] seemed almost like a weapon in itself, because both could avoid the battle, but also beat the enemy with [the] shield edge.”

So, if Warming’s theory is correct, a Viking probably behaved a lot more like a tank in a fight, charging into battle with his shield up, completely on the offense.

Warming is hoping that he can continue researching further into Viking fighting styles. Right now, he’s working on raising funding so he can conduct more tests, and see what happens when shields are attacked with axes and arrows. Hopefully, these tests will confirm his theory.