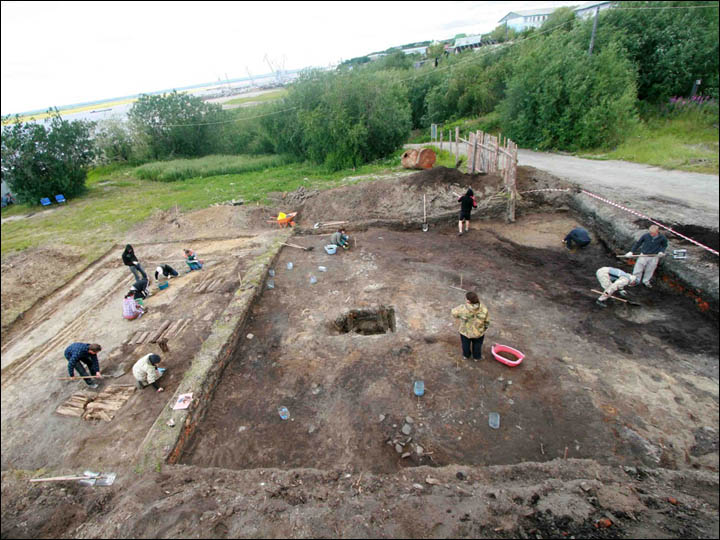 UST-POLUI, SIBERIA – Archaeologists investigating Siberia’s ancient “bear cult” at an ancient ceremonial site within the Arctic Circle have uncovered a surprise beneath the earth.

Ust-Polui has often been the site of major archaeological finds for Siberia. It dates back to the 1st-century BC. Last year, archaeologists found an entire graveyard dedicated to dogs there, proving that dogs really have been man’s best friend for thousands of years.

Excavations at Ust-Polui began in 1935, and in its initial excavation, over 18,000 artifacts were uncovered. Work was halted for a time when the lead archaeologist, Vasily Andrianov, was arrested by the NKVD under the Soviet Union and accused of counter-revolutionary activity. The Soviet Union executed him, and all archaeological work at Ust-Polui had ended. It picked back up in 1993, and archaeologists have continued to find a wealth of valuable artifacts.

Perhaps most famously, a team in 2013 uncovered the famous bear-cult ring of Ust-Polui. The ring dates 2,000 years back, crafted by ancient Arctic jewelers out of bronze and etched with the figure of a bear. 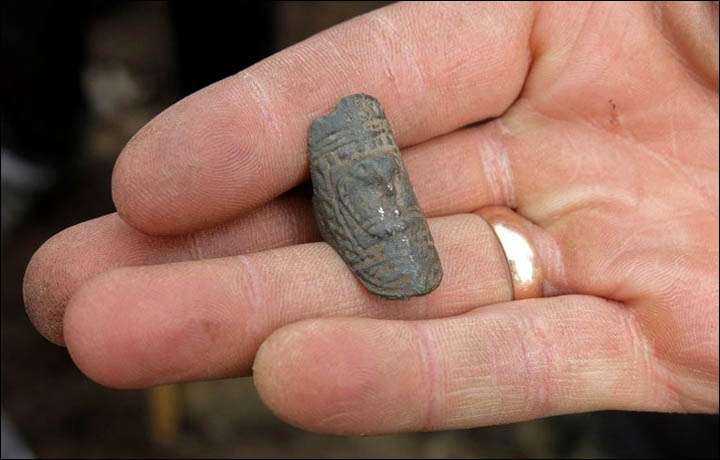 In finding the ring, archaeologists believe that they’d stumbled across a cult. Why was such a seemingly ordinary piece of jewelry significant? Well, it doesn’t actually fit anybody. Not a woman, not even a little girl. The ring was too small.

Archaeologist Andrew Gusev, who works on the site and is from the Scientific Research Centre of the Arctic in Salekhard, explained: “We concluded that it was used in a ritual connected with a bear cult and was put on the bear claw. . . . After killing the bear they had a bear festival to honor the animal’s memory. The head and front paws a bear was adorned with a handkerchief, rings, and a few days lying in the house.”

This behavior parallels similar behavior found in ancient Finnish cultures – a ritual called karhunpeijaiset, or “celebration of the bear”. It was a ceremony like the one conducted at Ust-Polui, and the site isn’t too far away from where ethnically Finnish people lived in ancient times. From what we know from the ancient Finns, the ceremony was meant to make the spirit of the slain bear happy, so that it would later reincarnate and walk the earth again. It seems this was a common cult in the Arctic Circle, and that makes sense. Highly valuable animals like bears in the Arctic Circle, and bison in the American Midwest, were commonly revered by ancient tribal cultures for their contribution to society. 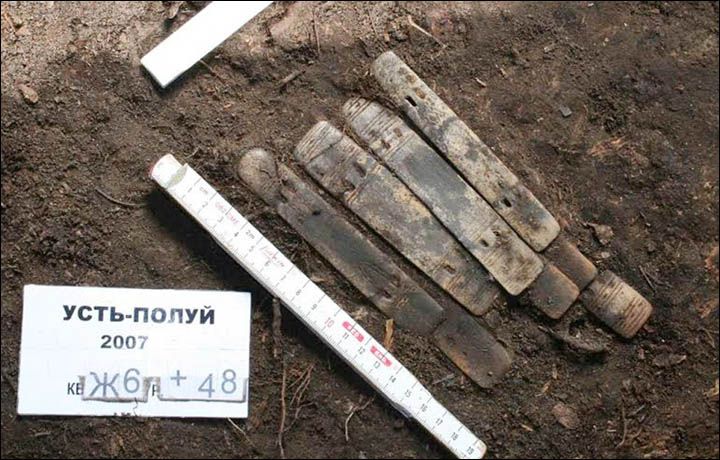 As if these two finds haven’t confirmed the religious significance of Ust-Polui enough, archaeologists working on the site this year have uncovered another piece of religious evidence possibly left by Ust-Polui’s ancient bear-cult: a suit of armor.

This is the oldest evidence of armor found in northwestern Siberia. It dates somewhere between the 1st century BC and the 1st century AD – the same as the bear-cult ring. Perhaps the most impressive quality about this particular suit of armor is that it’s entirely crafted from individually carved reindeer antlers.

“There are about 30 [reindeer antler] plates in the collection of Ust-Polui,” Andrey Gusav told Siberian Times in an interview about the find. “They differ regarding the degree of preservation,  as well as the size, location of mounting holes, and the presence or absence of ornamentation.”

The armor was a traditional set that once belonged to the Kualai people. The Kualai were a people group of tribes of hunters and fishermen who lived in northwestern Siberia. Andrey Gusav believes that the Kualai warriors, perhaps members of the bear-cult, left the armor at the shrine of Ust-Polui as a sacrifice to the gods. Maybe they were going off to war and prayed for a safe trip home. Maybe one of their tribe was dying and they left the armor in order to pray for his good health. Perhaps it was simply for good luck. We’ll never truly know.

Ust-Polui will continue to be worked on by teams of archaeologists from around the world. From the beginning, it’s proven to be an immensely valuable site to the narrative of human history. We can’t wait to see what they’ll find in Siberia next!