Jane Austen: A Woman Before Her Time

We all know Jane Austen’s work, whether you’ve actually read her novels or have just seen movie adaptations. She is one of the most influential female writers to exist and has produced many captivating novels. Many of you know her from her novels such as Pride and Prejudice, Sense and Sensibility, and Emma. Let’s take a look at the life of Austen and how she became such an influential voice. 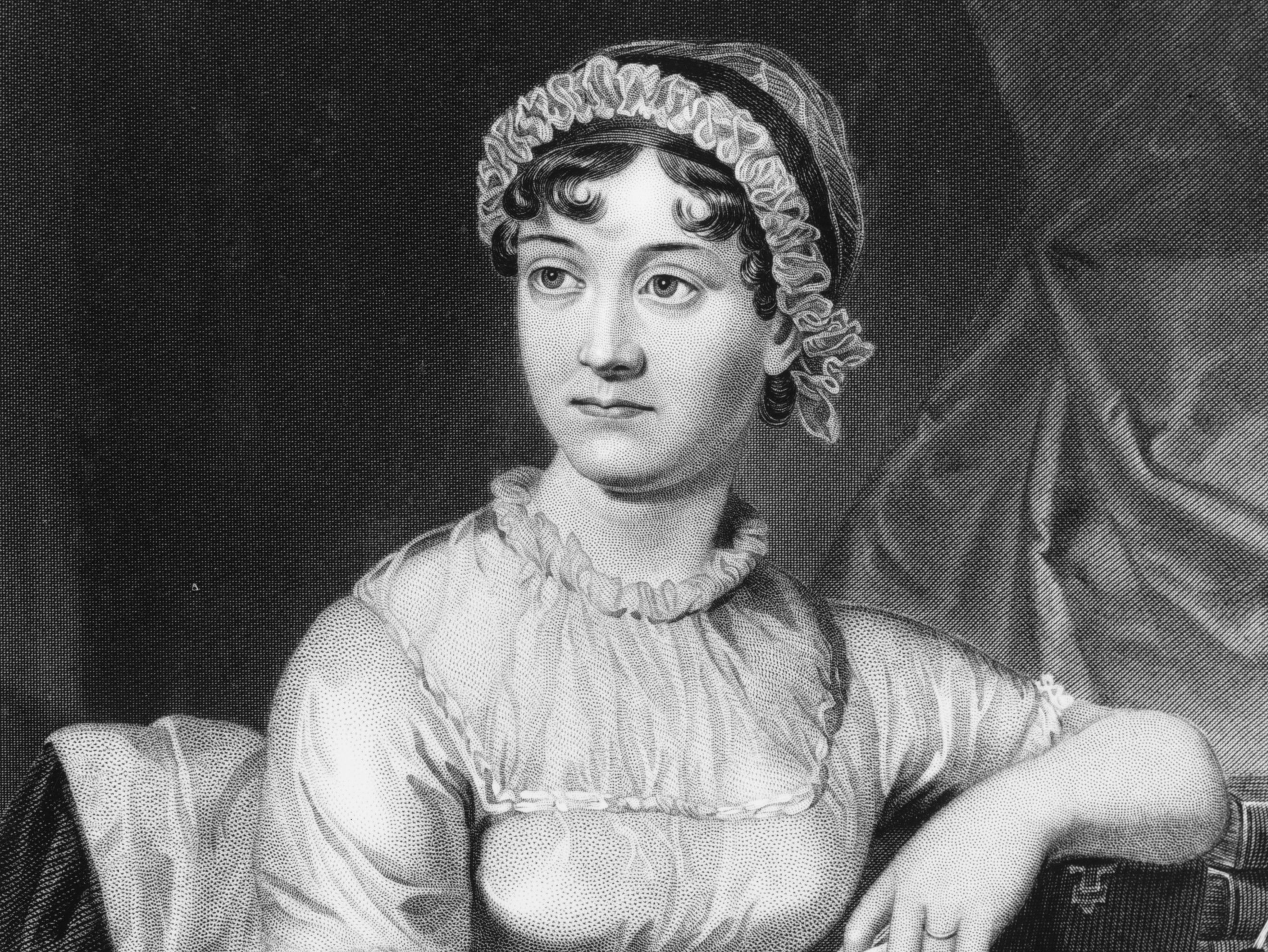 Jane Austen was born on December 16th 1775 in Hampshire, England. She was born to parents George and Cassandra Austen. She was one of 7 other children, six brothers and one sister. It’s been said that Austen was closest to her sister Cassandra throughout their entire lives.

Jane and Cassandra were both sent to Oxford in 1783 to receive their education. After a near death experience over typhus, Jane was sent home to finish off her education until 1785. That year she was sent back to boarding school with her sister where they studied subjects like French, needlework, dancing, and music. Unfortunately, the Austen family could not afford to keep their girls in boarding school, as a result both girls were sent home.

Austen’s father was always encouraging both of his daughters to explore their creativity. He provided them with the best and most expensive writing materials that money could buy. In addition to provided materials for them to write, he helped fuel their creativity by providing them with an adequate amount of literature to explore.

Much of what Jane Austen left behind was burned by her sister Cassandra leaving us with very little information about her. Most of her letters were destroyed and the only work that we have from Austen is what has been published. Researchers predict that Austen began writing around 1787 around the age of 12. Her work consisted of poems, short stories, and maybe even plays. One of her earliest stories is titled Love and Freindship which she probably began at a very young age. Most of Austen’s earlier work was satirical and mocked many societal norms. One of her parodies includes a piece titled History which mocked historical writing.

Around 1793 and 1795 Austen began working on a novel titled Lady Susan, which has been acknowledge as her most sophisticated work. Once this novel was finished Austen began working on a piece titled Elinor and Marianne, which according to many biographers could have been the original draft for Sense and Sensibility. Unfortunately, we will never know because we do not possess a single manuscript from Austen. Sense and Sensibility was published in 1811 under the a pseudonym “A Lady.”

At the age of 21 Jane Austen began writing her second novel Pride and Prejudice. This novel was originally titled First Impressions but was later changed. It’s been said that Austen read all of her writing out loud for her family, apparently Pride and Prejudice was among their favorites.

In the early 1800’s Jane and her family moved to Chawton, where Austen began working on getting her work published. As mentioned earlier, she successfully published Sense and Sensibility which gave her enough money to establish some financial independence. Thomas Egerton had published her first novel and agreed to publish Pride and Prejudice in 1813. Her second novel was a huge success requiring Egerton to print a second edition. One year later Austen’s novel Mansfield Park was published, however, this novel wasn’t liked by many critics. Despite the novel not being a success among critics the general public adored it. Supposedly every copy had sold out within six months.

In 1815 Austen decided that she wanted to work with a more well known publisher. She was able to have her novel Emma published by John Murray in December of the same year. In addition to Emma Murray also published a second edition of Mansfield Park. These were the only novels that Jane Austen was able to see published during her lifetime.

In 1816 Jane Austen became extremely ill, but ignored her illness. Since we have little information on her life, biographers have multiple theories on her illness. Some have said that she died from Addison’s disease, others have said Hodgkin’s lymphoma. Another group of researchers have recently suggested that Austen might have died from bovine tuberculosis. Despite her illness Austen continued to write and began working on her unfinished novel Sanditon. Her illness continued to get worse, eventually confining Austen to her bed. On July 18th 1817 Jane Austen passed away at the age of 41.

Cassandra and Henry both worked very hard after Jane’s death to get a few more of her novels published. Persuasion and Northanger Abbey were both published in December 1817.

Austen’s work has remained in print and continues to be an inspiration to many. In recent years her work has inspired movies such as Bridget Jone’s Diary, Clueless, Austenland, and even the most interesting addition Pride and Prejudice and Zombies. Many critics and experts have recently began to take Austen seriously as an English author, using her work in class rooms all over the world. Her name will continue to live on as many new readers rediscover the incredible work of Jane Austen.