It’s not that bank robbers are always caught, but their chances of getting away with it are not great. According to the FBI, in 2015 about 24% of US bank robberies remain unresolved. That’s only one in four that will get away with a robbery. 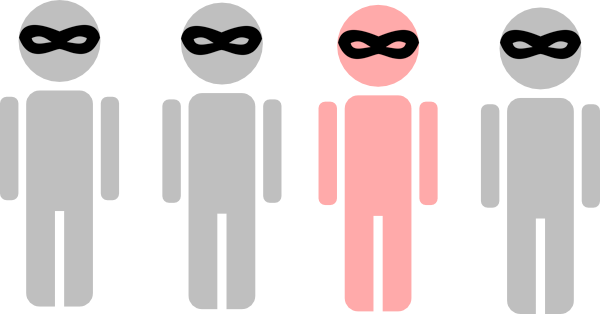 Considering that, you might think would-be robbers would wise up to their chances. Catching the thieves is less about technology than you might imagine, although that probably helps to deter theft.

It’s technology and shows like CSI, where they always catch the bad guy using some fiber of unseen evidence. It seems there is no way to get away with crime in our modern times. In fact, it may cross the minds of would-be robbers that if they could only travel back in time, they could pull off the biggest caper.

That perception couldn’t be more flawed. The earliest recorded bank heist in the States, as far as we know, was in 1798. It happened in Pennsylvania, in the Bank of Pennsylvania at Carpenters’ Hall.

The story is an interesting tale of false accusation, coupled with the usual case of not-so-witting, post-heist behaviors of the robbers. It took exactly zero technology to catch the bad guys. 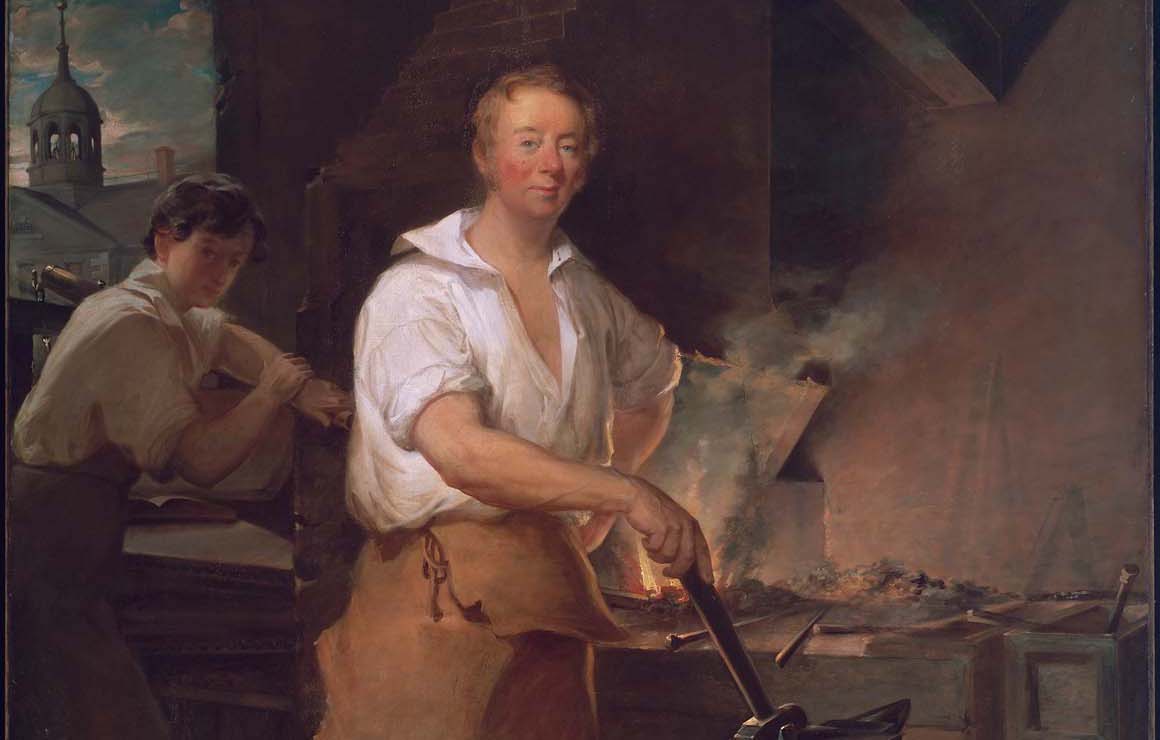 It was the summer of 1798 when Patrick Lyon, a blacksmith, forged new locks for the Bank of Pennsylvania. The bank was moving to their new location at Carpenters’ Hall so they needed new ones.

The job, as Lyon’s recalled it, was a rush job, ordered by a man named Samuel Robinson. The bank had hired Robinson to oversee the bank’s move.The locks, in Lyon’s opinion, were not sufficient for the job, but Robinson insisted.

It wasn’t long before the robbery, Robinson hired Lyon for the work, as Lyon would later recall. With him at the shop, that day, was another man. That man was a stranger to Lyon, someone he would later discover was one of the conspirators. 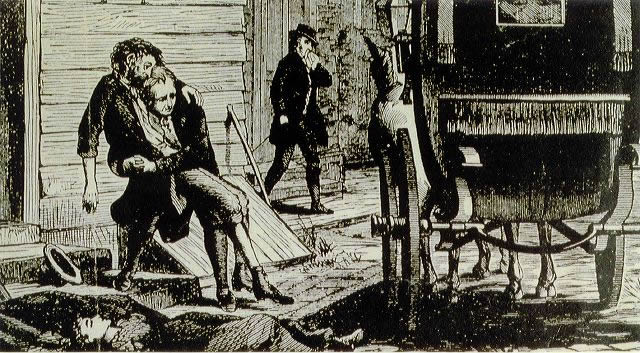 Unrelated to the work he did for the bank, Lyon fled the city with his apprentice. Yellow fever, a deadly virus, was ravaging the lives of Philadelphians.

He hoped to escape death by moving to Delaware. Perhaps he and his apprentice could set up shop in Delaware or wait out the storm.

Sadly, and unfortunately for his story, Lyon’s apprentice did not escape the fever. He died from symptoms two days after their arrival in Delaware. To an investigator, it may have seemed Lyon was a man on the run. 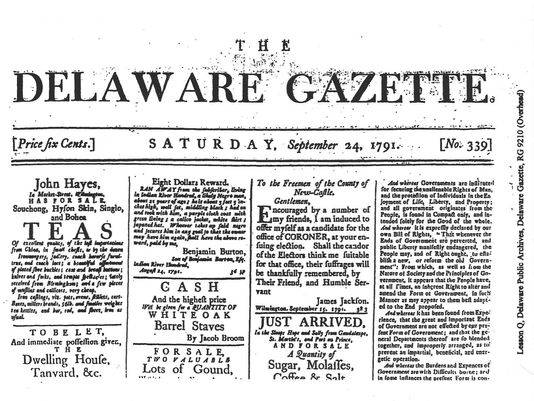 It wasn’t long before news of the heist reached Delaware. It was, after all, the first of its kind. Lyon took an interest in newspaper accounts of the theft, even developed his own theories. He suspected the man who contracted the work he did on the locks, Samuel Robinson.

It was only when an old acquaintance of Lyon’s from Pennsylvania advised him that Lyon himself was a suspect, that he decided he’d better clear his name.

Upon returning to Pennsylvania, police arrested Lyon. They didn’t believe his story about Robinson. For three months, Lyon rotted in a 1700’s jail cell in Philly.

He might have stayed there forever had the real criminal not been so stupid. 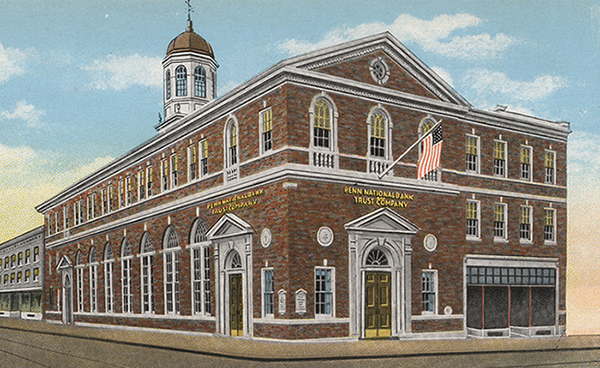 The men who committed the crime were two: the stranger who came to Lyon’s shop with Robinson, a man named Isaac Davis and another.

The other man died of the fever before police knew of his existence. That, they discovered, when they apprehended Davis for suspicious behavior.

Davis, being the wise bank robber he was, started depositing the money he stole in a bank account at the same bank he robbed. When authorities questioned him about his new wealth, he caved, telling them the whole story. 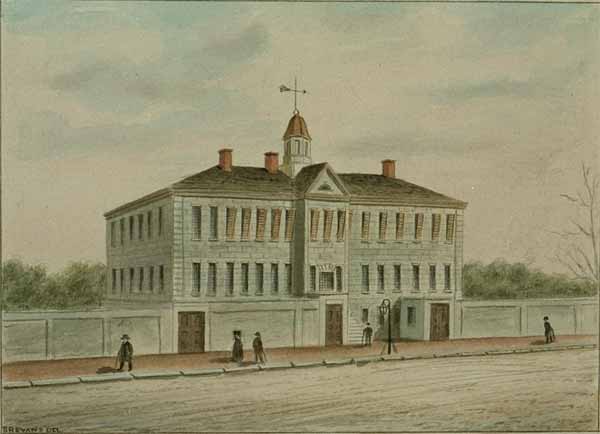 The craziest tidbit about this tale is that Davis never spent a day in prison. Authorities released Lyon in due time, but the Governor pardoned Davis in exchange for full disclosure of the events.

What’s worse, police didn’t believe Lyon’s innocence. Around the time of the robbery he’d purchased a number of tools for his shop, a fact they found suspicious. It also didn’t help that he’d fled after the heist.

They keep the innocent man jailed for weeks after the story came out. Two guards were also jailed on suspicions, which is crazy considering Davis walked away a free man.

That would never have happen in today’s world, not unless Davis flipped on someone juicier. Even then they wouldn’t pardon him. We’d see Davis’ face all over social media for months.

Lyon later penned a book about his time in jail.