SINDH, PAKISTAN – The ancient lost city of Mohenjo Daro lies in the shifting sands of Pakistan. It’s nearly 5,000 years old, and has been an invaluable source of historical information for archaeologists. Now, the city faces a triple threat that’s on the verge of swallowing it whole, so archaeologists are working together to rebury it in order to protect it.

Mohenjo Daro was first discovered in the 1920s by an officer working with the Archaeological Survey of India. For fifty years, excavations would uncover a vast, sophisticated city unlike any we had ever seen. Mohenjo Daro belongs to to the Harappan civilization from the Bronze Age. The city features a street grid and an innovative drainage system, and had its golden age around 2500 BC.

According to archaeologists working on the site, the archaeological site is under “enormous thermo-stress” from the extreme temperatures in the Indus Valley. Salt from the water table below is also slowly eating away at the roots of the city.

Those aren’t the only threats on the horizon. ISIS destroyed the ancient Roman city of Palmyra in Syria, believing the pre-Islamic religious iconography there to be idolatrous. Experts are worried Mohenjo Daro might be next.

However, the experts tell us those aren’t even the biggest threats posed to the integrity of the city. It’s not erosion, extreme temperatures, or extremist groups. Nope. It’s tourists. 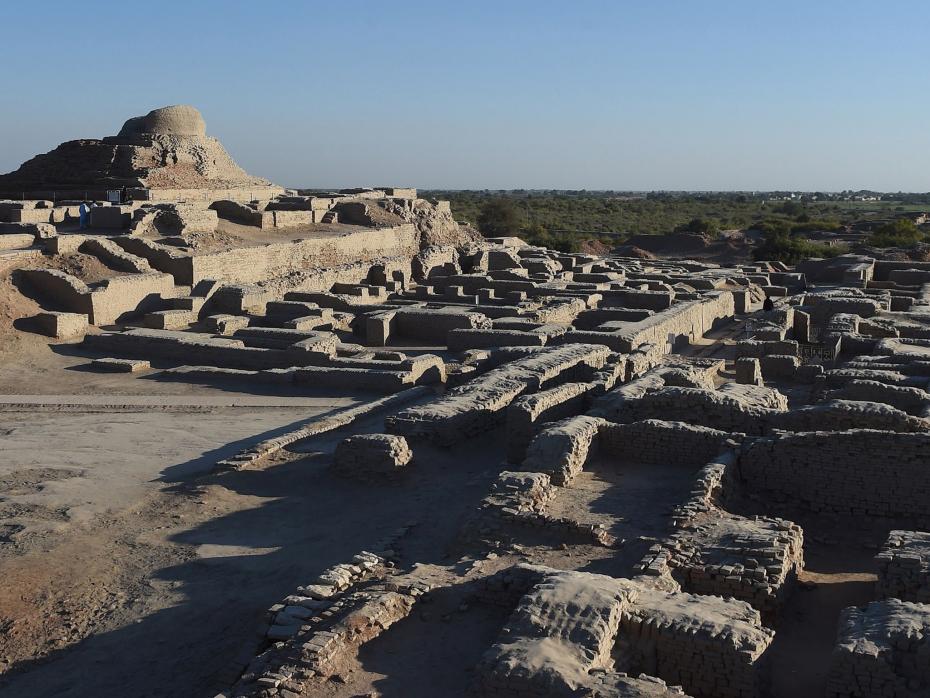 Tourists are, perhaps, the most destructive force known to historical sites around the world. They like to carve their names into sites, spray graffiti on ancient temple walls, cross rope fences, stray from their guides – and all of that has been taking its toll. Foot traffic generated by tourism wears at ancient roads and pathways that have stood for thousands of years.

When the Sindh festival came to Mohenjo Daro in 2014, the Sindh High Court was forced to issue a notice to the workers setting up stages, tents, and installing lights after a ridiculous amount of damage was done to the historical site as they hammered away.

It’s all getting to be too much for Mohenjo Daro. We run the risk of losing an extremely important part of our history if this site is permanently defaced. It doesn’t matter if it’s by the elements, ISIS, or plain old tourists.

Several experts and archaeologists are now launching a project to try and rebury the site. As Dr. Richard Meadow from Harvard University said: “[Mohenjo Daro] is actually preserved when its buried”.

Beneath the sands, it’ll be protected from the harsh heat, and from the footfalls of curious tourists.