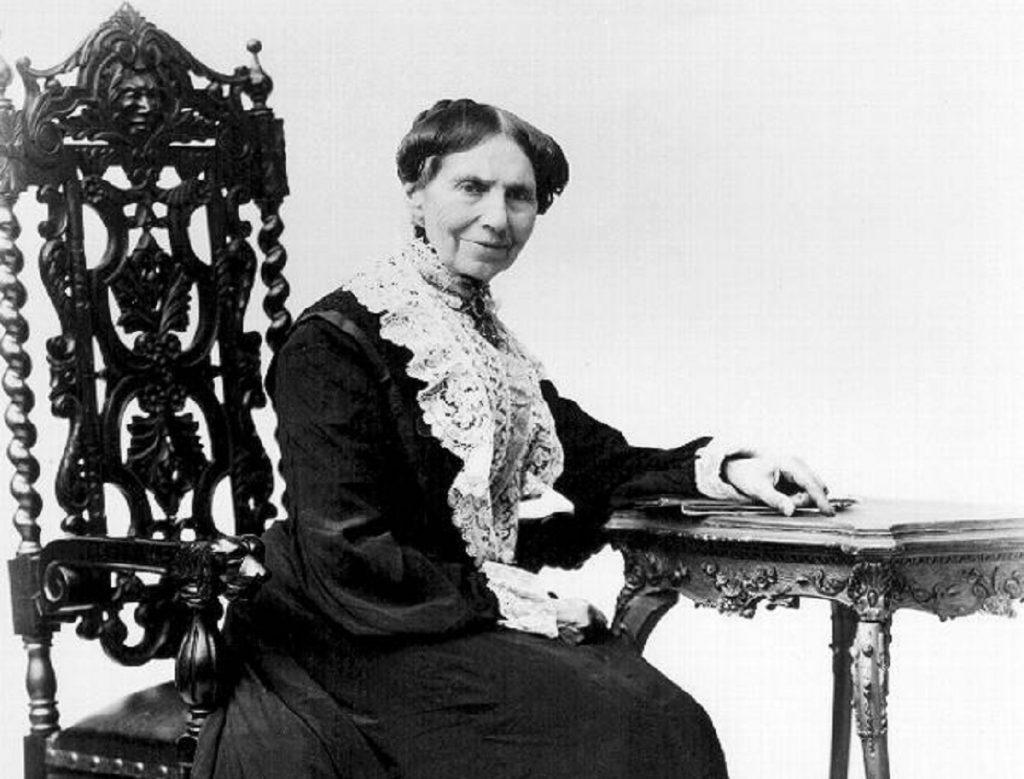 Last time, on History’s Badasses, we covered the life of Spartacus, the Thracian slave who led a revolt against the Roman Empire itself. Today, we’re talking about Clara Barton, the timid girl who grew up to be a total badass and ended up founding the American Red Cross. As a child, she could hardly talk in class. As an adult, she became a schoolteacher on the American frontier, then went on to bring her skills in nursing to the battlefield during the American Civil War. Here’s her story:

Clara Barton was born on December 25th, 1821, in Oxford, Massachusetts. Her father was Captain Stephen Barton, who was a member of the local militia. While Clara was growing up, he used to tell her stories about the ‘Indian Wars’ fought in Ohio and Michigan. It was from these stories that young Clara would learn military tactics, geography, and the importance of keeping an army well-supplied.

Clara was an extremely shy child. She was sent to school with her older brother when she was just three, and excelled in reading and spelling, but made few friends and often lost her voice when called upon by her teacher.

That didn’t mean she wasn’t a strong little person, though. Clara was more courageous and self-disciplined than anyone knew. 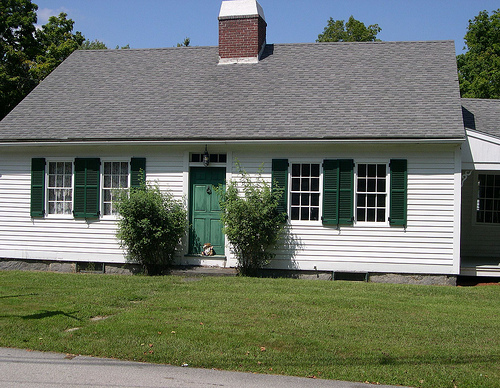 When she was just ten years old, her brother, David, fell from the roof of the barn and suffered a severe injury. Clara took it upon herself to nurse him back to health and learned how to prescribe medication and place leeches. Even after the doctors had given up, Clara looked after her brother. Under her care, he made a full recovery.

She spent much of her childhood caring for sick or injured animals, but still remained timid and shy. In an effort to cure her shyness, her parents tried to send her to boarding school when she was a teenager, but it was a complete disaster. Boarding school pushed Clara to depression, and she refused to eat. Finally, she became so ill that the school was forced to send her home to recover.

As a last resort, her family sent her to live with a family member and his four children on a farm to heal. Clara began to play with her male cousins, and to everyone’s surprise, became an expert horseback rider. Clara’s mother was worried, though, that Clara needed to learn some feminine skills, so she invited one of Clara’s female cousins over to help her learn how to properly socialize with women.

After Clara’s recovery, her parents persuaded her to become a schoolteacher in hopes of curing her shyness once and for all. Clara received her teaching certificate when she was just seventeen.

Clara’s first assignment wasn’t easy. Schoolhouses in the American Midwest in the 1800s were dangerous. They were full of rowdy, big teenage boys who bullied small children and teachers alike. Most schoolteachers were male, and kept order in their schoolrooms with severe corporal punishment. Well, seventeen-year-old Clara Barton wasn’t about that life. She knew that if she was going to be successful, she would have to demand real respect in her classroom…somehow.

The story goes that, during her first week of teaching, she was met with a great deal of resistance from the oldest boys in her class. Instead of trying to punish them, Clara brought an extremely heavy keg of cider for the class to enjoy… on one condition. The boys had to carry it into the schoolhouse themselves. She chose the biggest, rowdiest boy for the task. He huffed, puffed, and struggled to heave the keg of cider to the schoolhouse. After a moment, he had to stop to take a break. Clara, strong from her years of horseback riding and playing with her male cousins and work on her family’s farm, lifted the keg up in one fell swoop and shouldered it all by herself to the schoolhouse. The boys in her classroom were so impressed that they never gave her trouble again.

In 1850, Clara pursued writing and languages at Clinton Liberal Institute in New York. Two years later, she opened a free school in New Jersey. Later, she moved to Washington D.C. and worked at the U.S. Patent Office as a clerk in the mid-1850s.

Clara Barton: Angel of the Battlefield 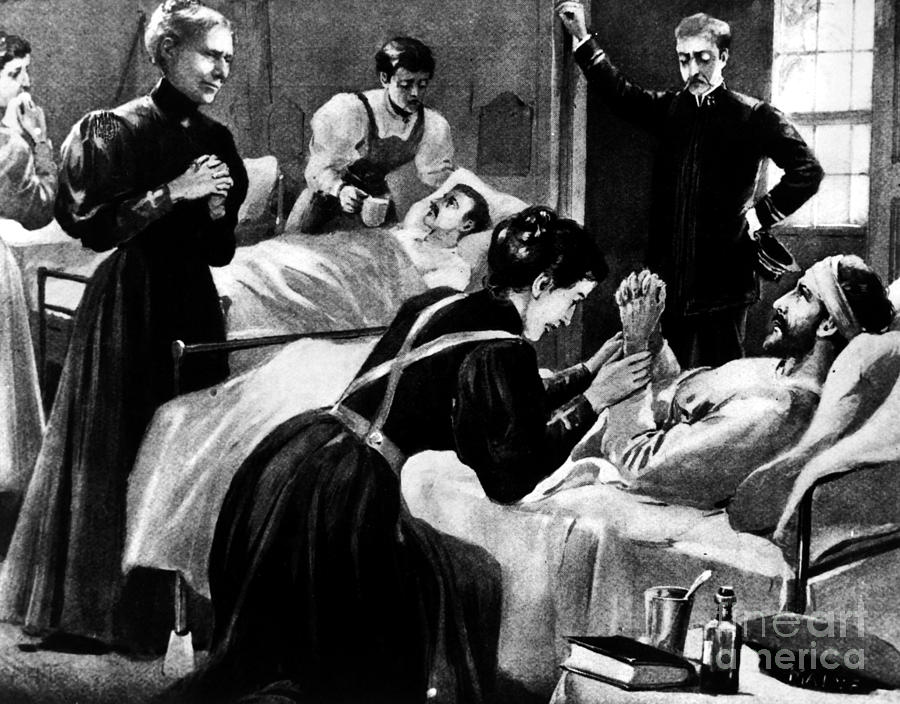 On April 19, 1861, the Baltimore Riot shed the first blood of the American Civil War. When victims of the riot were transported to Washington D.C. for care, Clara rushed to the railroad station and nursed 40 of the men in uniform. She was a firm patriot and wanted to serve her country in any way she possibly could. So, she personally took supplies to the unfinished Capitol Building where the men were being housed.

Clara began to learn the best way to store and distribute medical supplies and became one of the few people who offered and successfully provided emotional support to the wounded soldiers. Very few other people cared enough to read books to them, write letters to their families for them, and talk to them like human beings.

From then on out, Clara Barton began her efforts toward collecting medical supplies for the Union soldiers. Despite opposition from field surgeons and the War Department, she organized Ladies’ Aid societies to send bandages, food, and clothing to soldiers fighting on the front lines.

After a lot of lobbying and a great deal of persistence, in 1862 Clara gained permission from Quartermaster Daniel Rucker to go to the front lines of the Civil War, where Union soldiers were hit the hardest. Undeterred by the danger and ready to help her country, she rushed to the front lines and worked alongside reluctant doctors and field surgeons to distribute stores, apply dressings, serve food, and sanitize dirty field hospitals. Clara was present for the battles of Cedar Mountain, Second Bull Run, Antietam, Fairfax Station, Chantilly, Harpers Ferry, South Mountain, Charleston, Petersburg, Cold Harbor, and Fredericksburg. 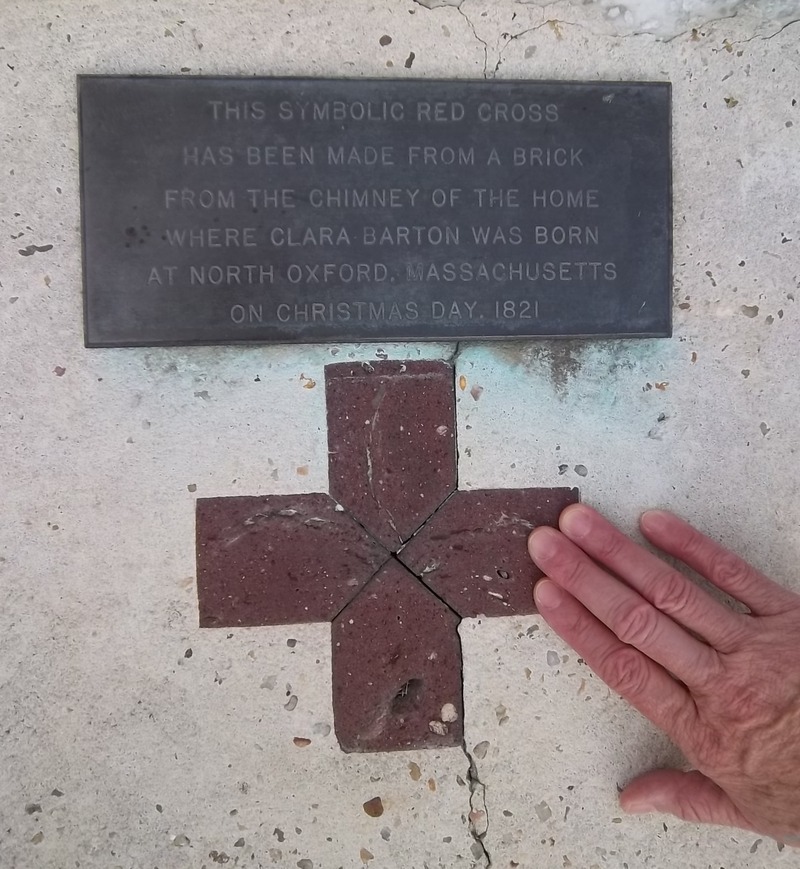 Clara worked in the heat of battle to get the wounded off the field, give immediate medical attention, and serve those who were dying. At one point, she survived a stray bullet that ripped through the sleeve of her dress and killed the wounded man she was tending. At another battle, the battle of Cedar Mountain in Northern Virginia, Clara rushed to the field hospital at midnight, having successfully brought in a massive amount of supplies through the active battle. She relieved an overwhelmed surgeon and saved the lives of hundreds of wounded soldiers. Her timing and courage earned her the title: “Angel of the Battlefield”.

After the Civil War ended in 1865, Clara worked for the War Department to reunite missing soldiers and their families or to find information on soldiers buried in unmarked graves. She also toured around the States, lecturing about her experiences in the war. 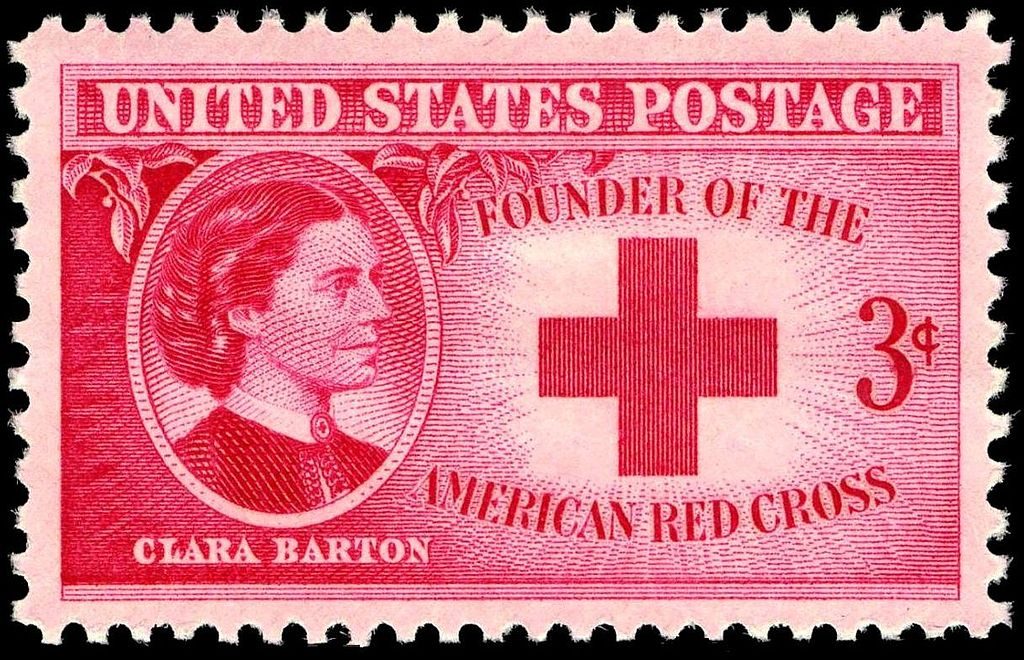 During the Franco-Prussian War of 1870-71, Clara visited Europe and worked with a relief organization called the “International Red Cross”. Her experience in Europe inspired her long after she returned home, and she began to lobby for the creation of an American “Red Cross”.

Eventually, her efforts paid off in 1881, and the American Red Cross Society was founded. Clara Barton was its first president, and oversaw relief for victims of several disasters, including massive, deadly floods that hit during 1889 and 1900.

In 1904, Clara Barton resigned from the Red Cross after an internal power struggle. She had never taken a salary for her efforts in the society, and often used her own money to fund relief efforts. She didn’t slow down after she left, not Clara! She toured around the U.S., giving speeches and lectures and raising support for the Red Cross. During the last years of her life, she wrote an autobiography, The Story of My Childhood, which was published in 1907.

Clara Barton died in her home in Maryland on April 12th, 1912. Because of Clara’s efforts throughout her life in government work, war relief, and her leadership in the Red Cross, the road was paved for more and more women to take leadership roles throughout the United States. Her story would become internationally famous. This badass would forever be remembered as America’s “Angel of the Battlefield”.