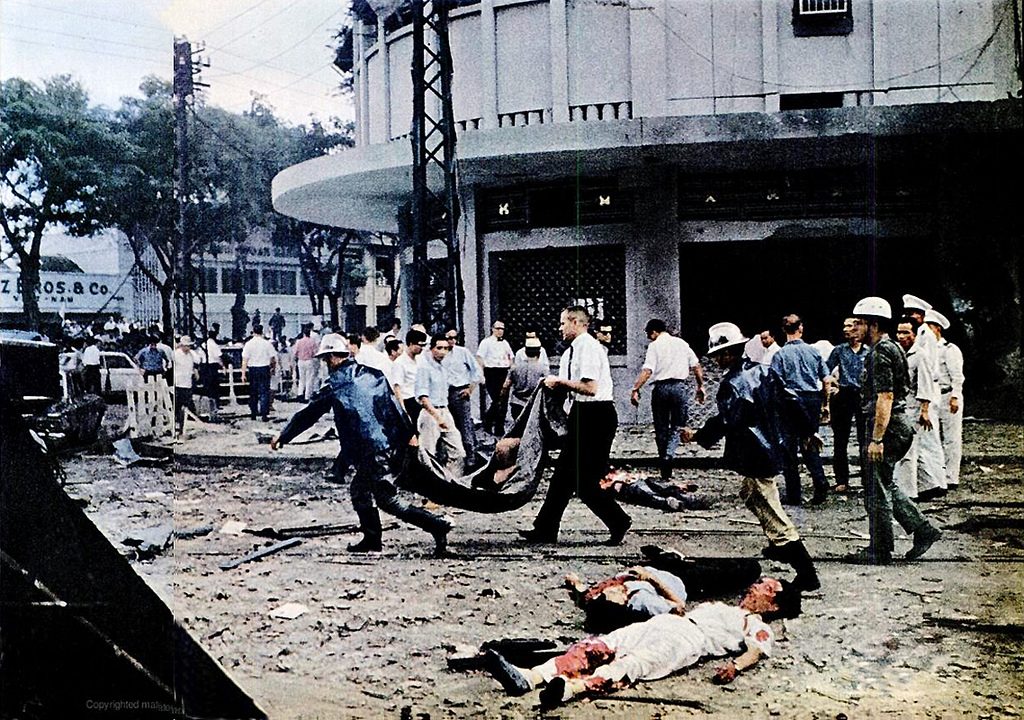 On this day in 1965 a car parked outside the U.S. Embassy in Saigon , South Vietnam suddenly exploded which destroyed the building killing 22 people, 19 Vietnamese 2 American and 1 Filipino and leaving as many as 183 wounded. One of the American’s worked for the CIA and the Filipino was serving in the U.S. Navy. Apparently it started with a policeman told the driver of a parked car that he could not park there but the man refused to move the car from being parked directly in front of the Embassy. Then another man pulled up and started firing on the policeman and after a brief exchange of gunfire the parked car loaded with 300lbs of plastic explosive detonated. Congress quickly appropriated $1 million to rebuild the Embassy in a new location. 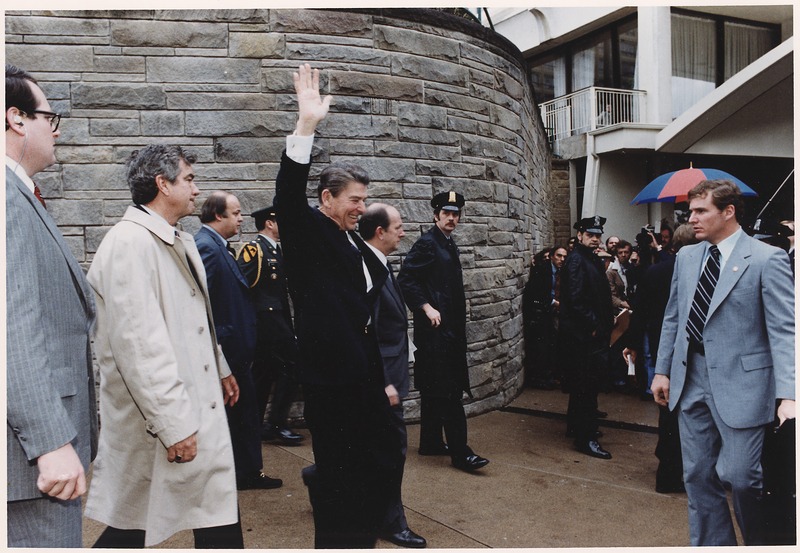 Taken just before he was shot.
PHOTO: PBS 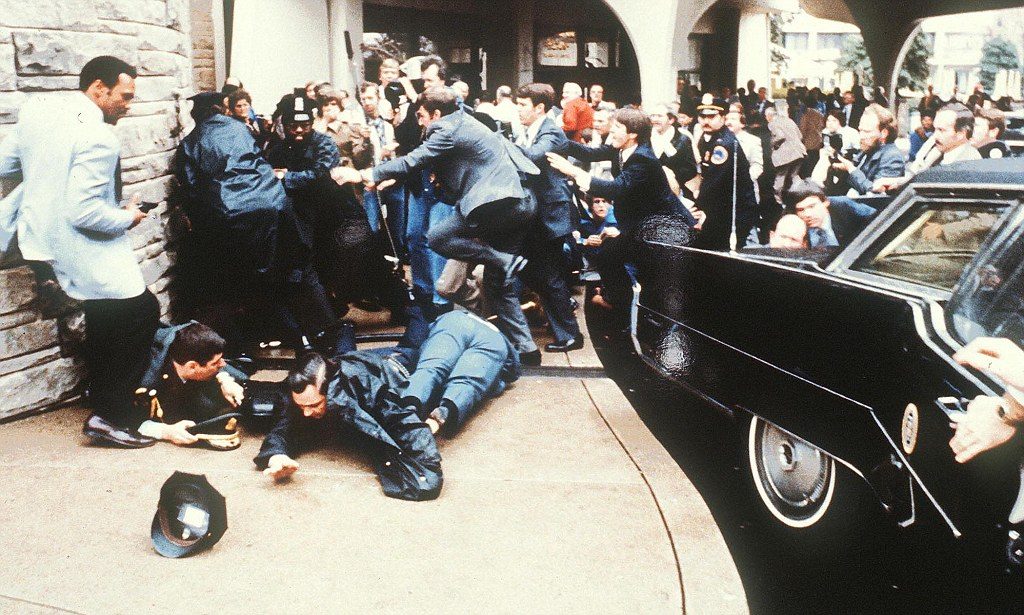 Just after President Reagan finished addressing a labor meeting at the Washington Hilton Hotel he was walking with his entourage of people towards his limo when all the sudden out of the crowd six shots rang out from a .22 caliber handgun. One of those hit the President in the chest puncturing his lung but luckily just barely missing his heart. After the shots the secret service quickly got the President into his Limo immediately rushing him to the hospital. Impressively he was able to walk into the Emergency Room and remained in good spirits the entire time. Hinckley was charged with the attempt to assassinate the President of the United States but was found not guilty due to an insanity plea. He claimed to be obsessed with Jodie Foster and the character Robert DeNiro plays in the movie Taxi Cab. 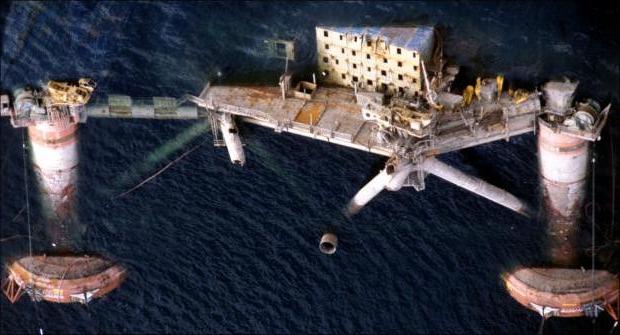 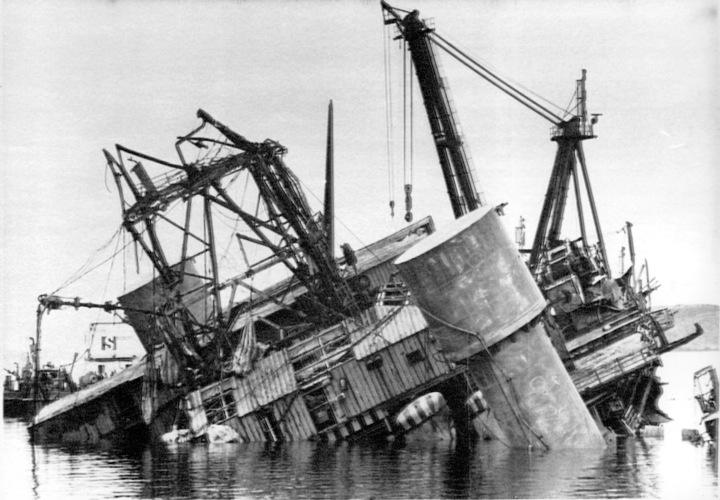 The Alexander Kielland was the name of a floating platform in the middle of the North Sea that housed 208 men that worked at the Edda oil rig in the Ekofisk field, 235 miles east of Dundee, Scotland. On this day in 1980 most of the workers sat in the small theater watching a movie not terribly concerned about the fierce storm that was brewing up outside. All the Sudden everything collapsed and the floating apartment complex was capsized which left 123 people floating in the middle of the frigid North Sea. Most of the workers were from Norway but there were also a few Americans among them. The Royal Air Force of Great Britain as well as the Norwegian Military sent helicopters to aid in the rescue mission but due to terrible weather conditions they weren’t able to make it there in time. Almost all 123 people drowned that day. According to a later investigation there was undetected crack in one of the legs of the foundation which caused the collapse.