Found within Israel’s lower Galilee region is two of the most elaborate and rare mosaics to date.  These rare mosaics depict two biblical stories, the first being the story of Noah’s Ark and the second depicts the parting of the Red Sea. 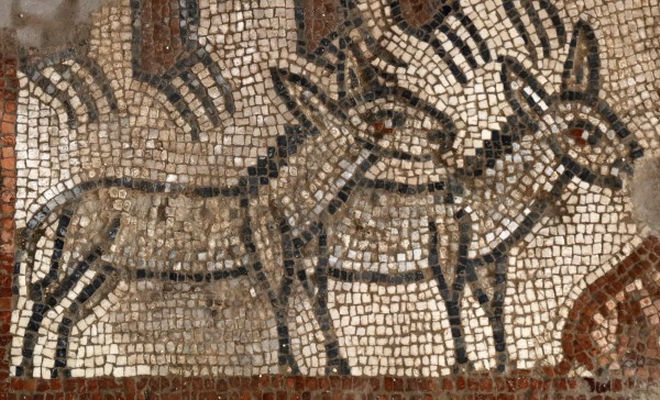 The first panel that depicts the story of Noah’s Ark (Genesis) shows lions, snakes, bears, elephants, leopards, ostriches, sheep, goats, and many other animals alongside the ark. The second panel shows us the tale of the parting of the Red Sea (Exodus). This particular panel features large fish that are shown swallowing soldiers from the Egyptian army. The panel also includes drowning soldiers and overturned chariots.

These images are extremely rare not to mention elaborate, especially when we take into account the time period that they stem from. The director of excavation, Jodi Magness, comments that, “I know of only two other scenes of the parting of the Red Sea in ancient synagogues.” Dating all the way back to the fifth century A.D. (Late Roman period), these mosaics have stood the test of time. These distinct murals are not only in tact, but they stand out among the rest due to their high quality. 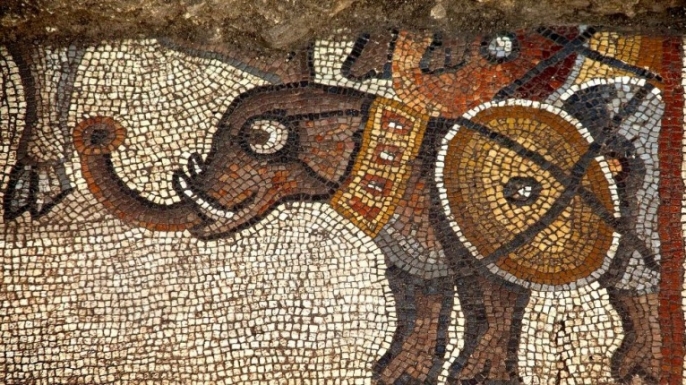 Magness has been working on this particular project since 2012, where they had discovered the first mosaic within Huqoq. The very first panel the archeologist’s uncovered in Huqoq told the story of Samson and the Foxes (Judges) from the Bible. In addition to these beautiful biblical mosaics, the team also discovered a three-tiered mosaic that wasn’t depicting a scene from the Bible. The mosaic portrayed two male figures, one thought to be a Jewish high priest, the other Alexander the Great.

Despite their disbelief the archeologists kept working on excavating this area. Found within the eastern aisle of the synagogue was the first mural. The team continued to pursue the area even though they were unsure if they’d find anything else. The team eventually uncovered the two most recent murals due to their perseverance and determination. Within a large central area of the synagogue, the team discovered the newest mosaics. 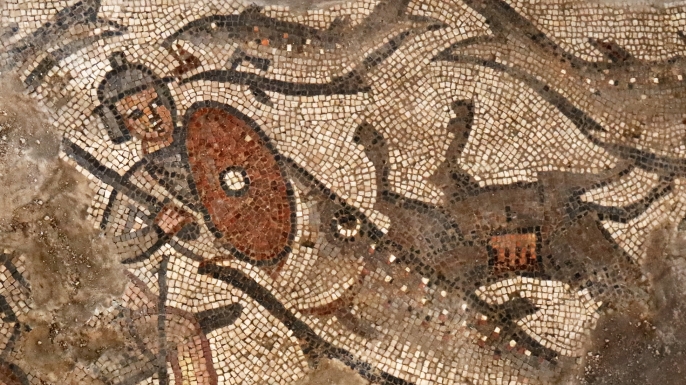 These murals might be the most outstanding discoveries within the temple, but they certainly aren’t the only discovery. These archaeologists also found an assortment of pottery and coins that span over 2,300 years. These findings will help give archaeologists more insight into the lifestyle of this particular Jewish village. So far they’ve discovered that ancient village was extremely prosperous.

Ever since the discovery the site has been closed to the public. However, the mosaics have been carefully removed in order to preserve them. Excavations of the synagogue will continue next year.