“Humans were a bit of a fair-weather friend—we were not as reliable as they were. We could do to be a little more doglike.” – Melinda Zeder, an archaeozoologist with the Smithsonian Institute National Museum of Natural History. 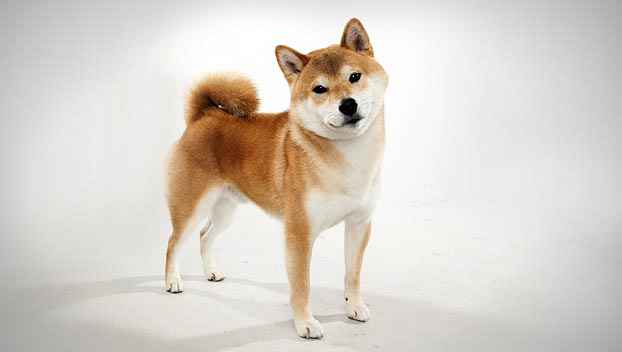 The Shiba Inu may be descended from some of man’s oldest best friends [PHOTO: animal.discovery.com]

Just how far back does our relationship with dogs go? Well, archaeologists have been asking that question for years. Just two months ago, archaeologists discovered a 2,000-year-old graveyard of dog bones. The ancient Siberians had buried their dogs with ornamented collars and their own treasure. This week, one archaeozoologist investigated the 10,000 year-old relationship between dogs and humans in Japan that began with one of the island’s earliest inhabitants: the Honshu Jōmon.

It began when Angela Perri, a graduate student at Durham University in the UK, decided to try and piece together the narrative of how dogs have been critical to human survival in some parts of the world. She went on a trip in 2011, joining a group of Japanese businessmen for a wild boar hunt near Hiroshima. The men brought five bloodhounds and several Shiba Inus to track the boar. Together, the humans and the dogs made a deadly team.

“After about 10 minutes,” Perri recalled, “you could hear [the dogs] barking. It would have taken us 4 hours to find the boar by ourselves.”

The hunt had Perri even more curious than before. She dove into archaeological archives and Japanese scientific literature, looking for evidence of the complex relationship between early humans and ancient dogs. She found there was a lot of information! She had to narrow it down somehow.

Perri decided to focus her energy on the Honshu Jōmon. They were a group of hunter-gatherers who inhabited Japan about 16,000 years ago. During their cultural span, they lived on Japan’s largest island, Honshu. There, they mainly lived off the forest, supplementing their diet with shellfish when they could. At first, the animals that lived on the island were too large for humans to hunt easily. But, as the world warmed 10,000 years ago, the forest softened and was filled with better-sized prey, including wild boar.

It was the perfect environment for a group of hunters and a pack of dogs to coexist and hunt together.

Perri searched through the records in Japanese scientific literature covering this period of Japan’s history and found 110 burials that seemed to confirm her theory. The burials date back nine-thousand years. It was around this time, Perri discovered, that the canine friends of the Honshu Jōmon appeared. The Honshu Jōmon had begun to bury their dogs in shell middens, or heaps, in the same exact way that they buried their human loved ones.

The dogs, which seem to resemble the Shiba Inu breed, were found carefully positioned and buried with grave goods, like deer antlers and shell bracelets.

“[The buried dogs] looked like they curled up and went to sleep. [The Honshu Jōmon] were treating their dogs the same way they treated their human hunters.” – Angela Perri.

Perri believes these 110 burials are strong evidence that the dogs were not only favorite companions, but were also used as work animals.

The burials aren’t the only evidence, though. She also points out another find: a 2,500-year-old bronze bell that archaeologists have found on the east coast of Honshu. It’s engraved with a depiction of a wild boar surrounded by a hunter and several dogs. 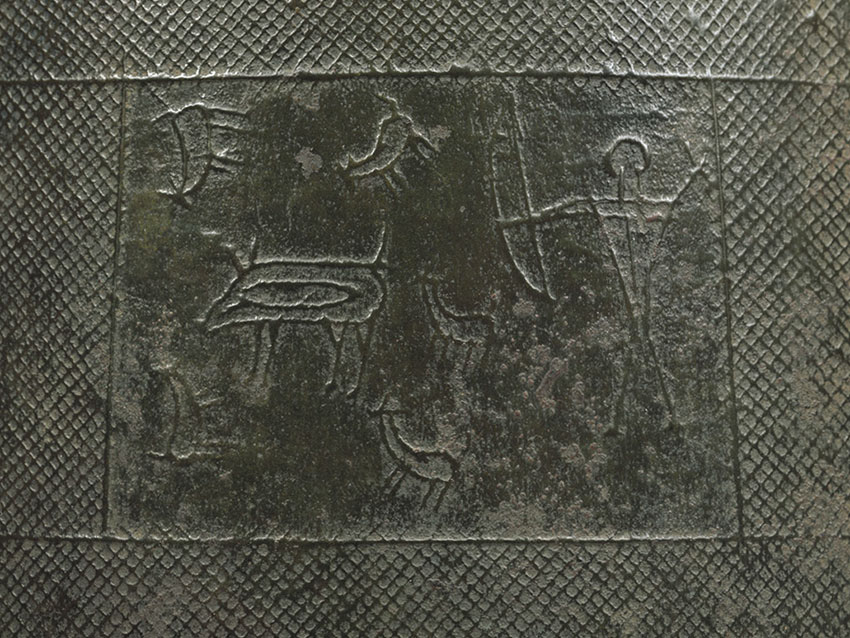 The engraving on the bronze bell [PHOTO: sciencemag.org]

It’s compelling, if not circumstantial, evidence that dogs were revered as hunting companions in Japan’s distant past. However, one other person isn’t entirely convinced.

“It’s all still circumstantial—there’s no smoking gun,” Darcy Morey, a zooarchaelogist at Radford University in Virginia says. He’s an expert in ancient dog burials, and he believes that the shell middens in Honshu are simply evidence that the Jōmon loved their dogs for spiritual or relational reasons, not that they were hunting companions.

Hunting companion or no, it’s clear evidence that humans and dogs have been friends for thousands of years. There’s a reason that dogs are called “man’s best friend”.