Allen Ginsberg: A Beat Above the Rest

Allen Ginsberg was born on June 3rd, 1926 in Newark, New Jersey. Many fans know how much of an inspiration Walt Whitman was Ginsberg, he began studying his work when he was just a high school student. After graduating from Eastside High School in 1943, Ginsberg began attending Columbia University. During his time at Columbia he wrote for the Columbia Review and a small magazine titled Jester. 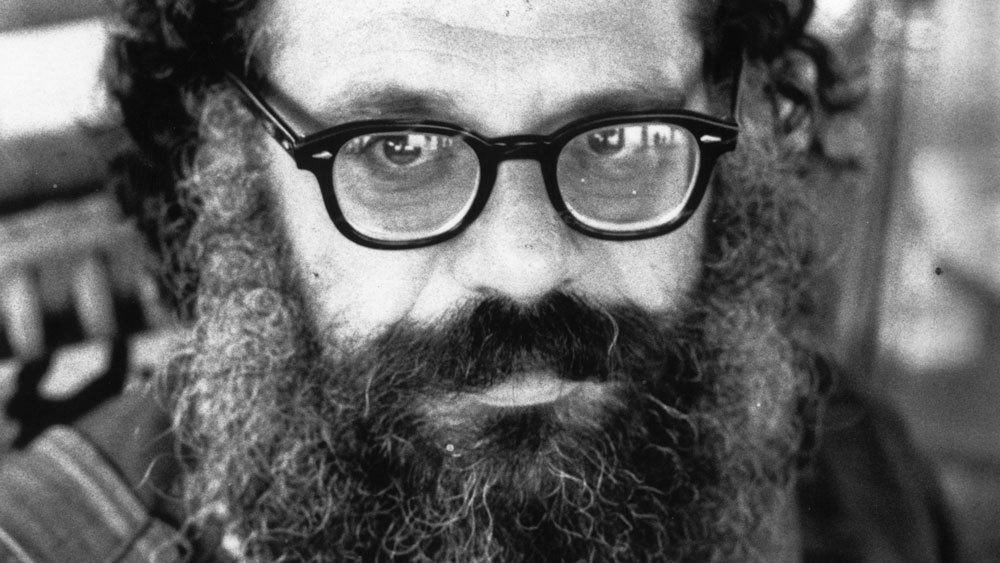 He spent his early college years with some of the most influential writers of what would soon be known as the Beat Generation. After meeting the young Lucien Carr he was then introduced to William S. Burroughs and Jack Kerouac who he became life long friends with. This particular group of writers are known for their passionate talks about the “New Vision” for American literature. This “New Vision” was something that inspired Ginsberg’s future writings as well as the other Beat authors.

In 1955 Allen Ginsberg began working on what would be known as his most controversial work ever, Howl. The poem was published with a series of other poems in 1956 titled Howl and Other Poems. A year later 520 copies of the book were seized from their printer in London for it’s obscene content. Ginsberg’s work was taken to court because of it’s references to drugs, sex, and homosexuality. After a lengthy trial, Judge Clayton Horn ruled that the poem was not obscene and Howl could continue being sold in book stores around the U.S.

After publishing Howl Allen Ginsberg and his future partner Peter Orlovsky traveled to Paris in 1957. Lodged at 9 rue Gît-le-Coeur, this hotel eventually became known as a the Beat Hotel because of all the writers that congregated there. During Ginsberg’s stay in Paris he began working on one of his most famous poem titled Kaddish. The epic poem tells the story of his late mother Naomi, and is considered one of Ginsberg’s greatest poems. The poem was published a few years later in 1961 as Kaddish and Other Poems.

Five years after Kaddish was published Ginsberg moved to London. He spent his time reading poetry at various book stores and eventually his readings grew in popularity. On June 11th 1965, the International Poetry Incarnation was held where over 7,000 audience members gathered to hear various poets read their work. The event was recorded and eventually a film documenting it was released titled Wholly Communion.

Throughout his life Allen Ginsberg was an avid drug user including a a frequent smoker. Over his lifetime he attempted to quit multiple times, but failed. In addition to the health issues caused by smoking Ginsberg contracted hepatitis after being treated with an unsterilized needle. During the 1970’s Allen suffered two separate strokes and he was eventually diagnosed with Bell’s Palsy. In his final days Ginsberg was able to return home and inform his closest friends and family. Allen Ginsberg passed away on April 5th 1997 at the age of 70.

Considered one of the greatest American writers, Ginsberg has become known as the face of the Beat Generation. His work as well as his political views have inspired many. He lived well past many of his fellow writers and has given back to the art world in many ways. One of his greatest contributions to the art world is his founding the Jack Kerouac School of Disembodied Poetics in 1974 at Naropa University.