Bugs Moran was the head of the North Side Gang in Chicago 1929, and Moran set up a small little headquarters in a warehouse on North Clark Street. Al Capone was claimed to have been responsible for ordering the massacre of Bugs and all his crew. So a few days before Valentine’s, Capone sent some of his men to set up shop in an apartment across from the warehouse so they could scout out the habits of the North Side Gang. 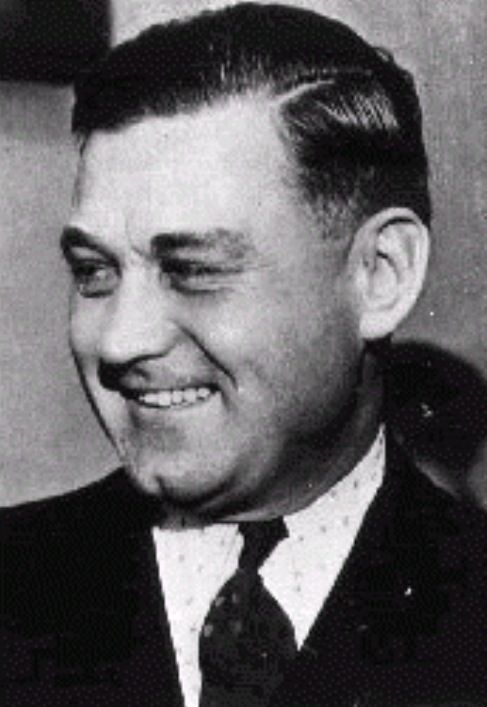 On the morning of Thursday, February 14th, Capone’s lookout, who happened to be dressed as a cop, signaled the rest of Capone’s crew that were also in police uniforms. So they get Bugs Moran and 6 other members of the gang lined up outside the warehouse against the wall and they then signal to another group of guys but these guys are packing some serious heat. Using machine guns and shotguns, the group shot and killed all seven of Moran’s gang and then fled the scene leaving a pile of dead bodies as a very clear message to anyone thinking about revenge. 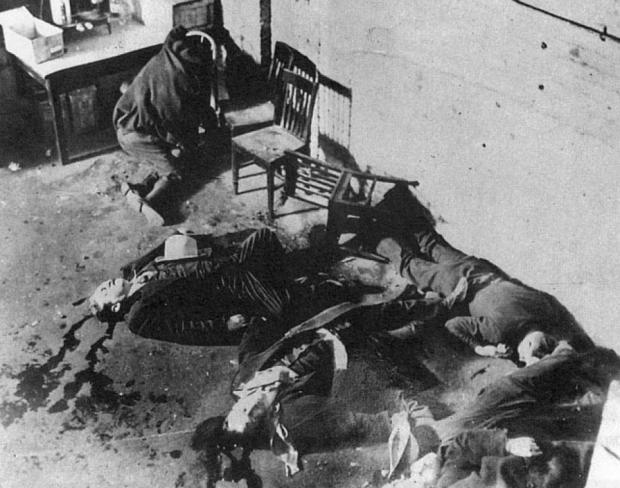 Jurors sit through a reenactment of the of the massacre 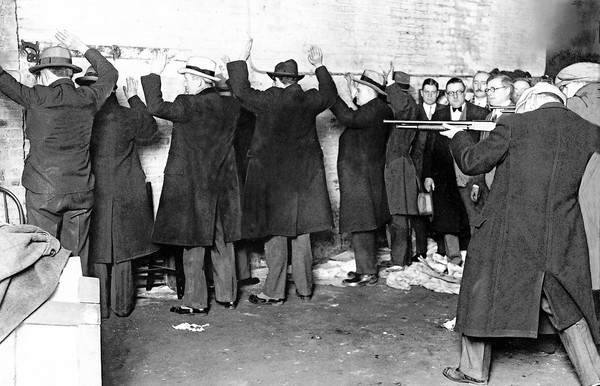 The actual warehouse that Bugs Moran used as his headquarters. 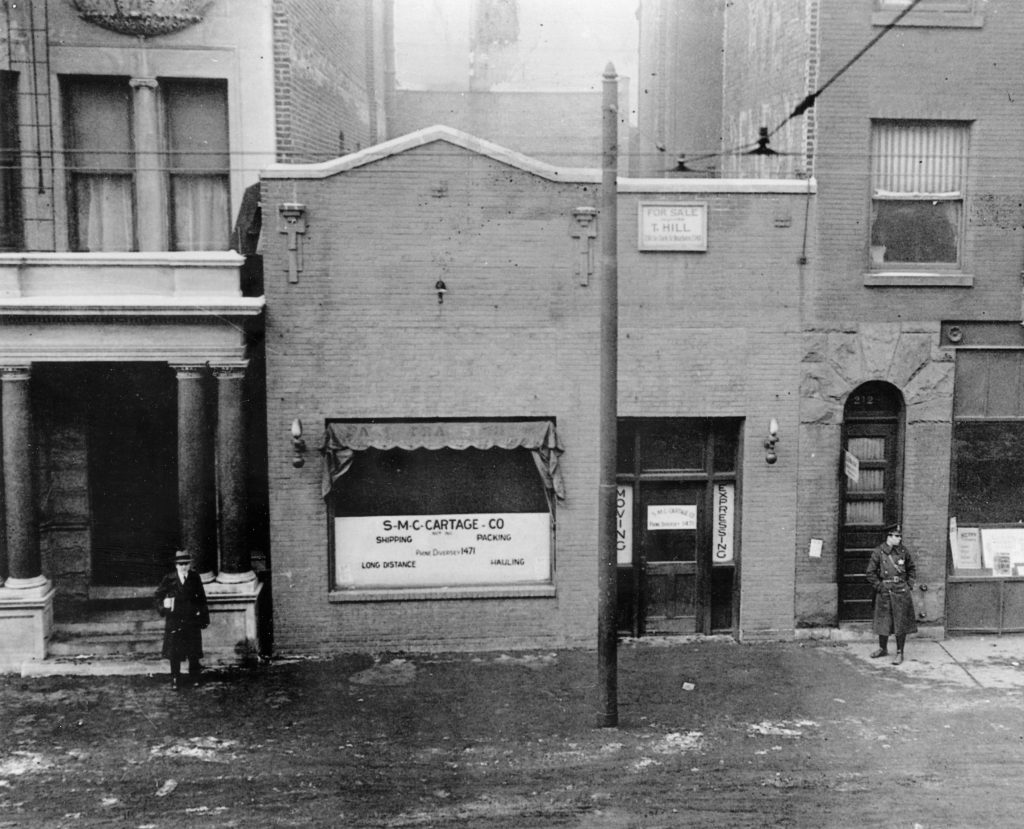 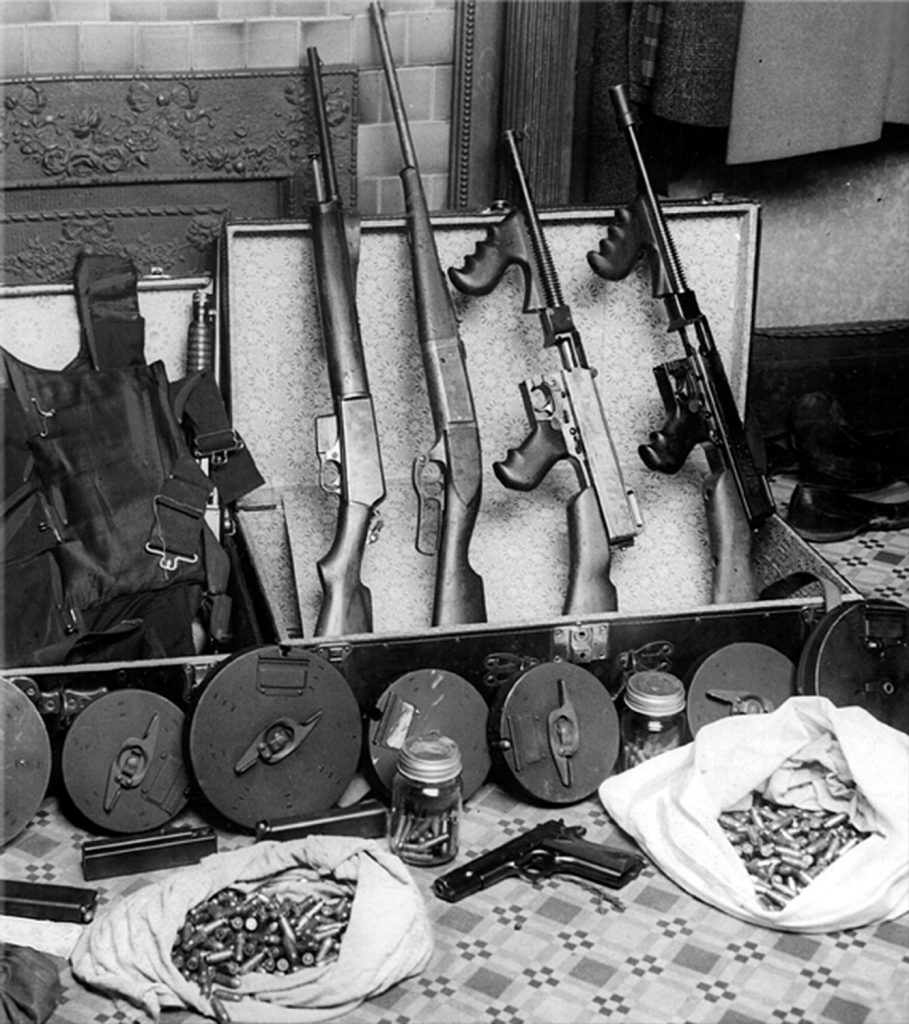 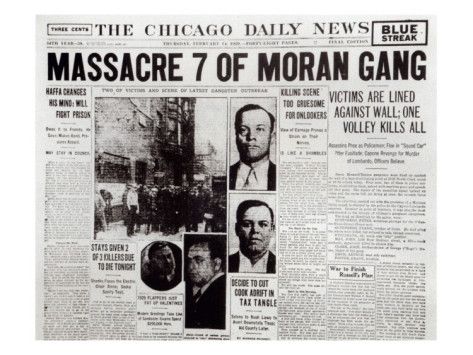