John Hancock was a widely popular and famed politician from Massachusetts. Signer of the Declaration of Independence and Articles of Confederation, John Hancock served as President of the Continental Congress and the first and third Governor of Massachusetts. 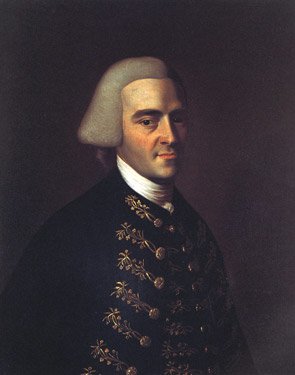 On January 27, 1737 in Braintree, Massachusetts, John Hancock to parents Reverend John Hancock and Mary Hawke Thaxter. For the first seven years of his life he lived comfortably with his family until the death of his father on May 7, 1744. So, Hancock’s mother sent him to live with his uncle, Thomas Hancock, and his wife, Lydia Henchman Hancock. Thomas Hancock. a successful merchant, was one of Boston’s wealthiest men.

Hancock graduated from the Boston Latin School in 1750 at the age of thirteen. He then graduated from Harvard College with a bachelor’s degree in 1754. The French and Indian war had recently began when Hancock began working for his uncle. His uncle taught him the ways of his business, which Hancock seemed to enjoy. He worked hard. Perhaps after being used to living with such a wealthy man, Hancock had developed a strong taste for expensive clothing and items.

For a year (1760-61), Hancock spent his time residing in England to help his uncle’s business by forming relationships with buyers and potential customers. When he returned home to Boston, Thomas Hancock’s health had been declining, so John Hancock took over the business in January of 1763. He died the following year on August 1, 1764, John Hancock inheriting his wealth and business. This made him one of the wealthiest men in not just Boston, but throughout the colonies. Hancock continued to form relations with wealthy colonists to secure customers.

As colonists were becoming more and more upset by the tax acts Parliament continued to past, Hancock became one of Boston’s top political figures. His uncle had previously held the position as one of the five selectmen from Boston and Hancock was elected as one in March of 1765.

For some time after the 1765 Stamp Act was passed by Parliament, Hancock held strong beliefs that the colonies should stay loyal to Britain and follow the newly passed acts. Only a few months after the act was passed, Hancock’s opinion had changed, though he still held the belief that colonists should not submit to violence. By boycotting the acts and british goods with many other men in Boston, Hancock’s popularity only increased. In May of 1776, Hancock was elected onto the Massachusetts House of Representatives. There, Hancock formed a bond and friendship with Samuel Adams. Many historians have speculated on the relationship between the two and if Adams had manipulated Hancock into helping him out with his organization called the “Whigs”, or not. Nevertheless, they had a notably odd relationship.

When the Townshend Acts were passed in 1767, Hancock was targeted and harassed by the British. Perhaps they went after him because they suspected he was a smuggler or because of his wealth, popularity, and political views. Two customs employees even attempted to search his brig in April of 1768. Because neither men had a warrant, Hancock would not allow them to search the ship. The men tried to take it to court, but not trial was held because Hancock had not broken any laws.

British customs enforcers continued to suspect Hancock of smuggling and breaking laws. After all, he was a wealthy merchant and was often having goods exported and imported. Once he was suspected for trying to avoid paying for having more than twenty-five wine bottles on his ship, the Liberty. The ship had the ability to carry many more than that, but the British did not see him unload anything at night, so it was dismissed.

Once again, the British found ways to charge Hancock for breaking the law. This time it was for Hancock not having a permit to load twenty barrels full of tar and two-hundred more of oil. The Liberty was seized by customs officials from Britain on June 10, 1768. As it was being towed out to another ship called the HMS Romney, a riot broke out. A lawsuit against Hancock and another against the ship were both later filed by customs officials.

On June 22, 1768 the first lawsuit had been filed. It ended up with the Liberty taken from Hancock and put into the hands of customs officials. The second was trial held in October that same year against Hancock. He had been accused of unloading a hundred wine pipes from the Liberty and not paying for it. The trial kept going for five months, yet no decision was ever made and no explanation given for why they had suddenly dropped it. Historians still have debates whether or not Hancock had been a smuggler. There is no direct proof of whether or not he had been. Hancock may or may not have been a smuggler, it still has not been fully proven though he does have a reputation today for being one. 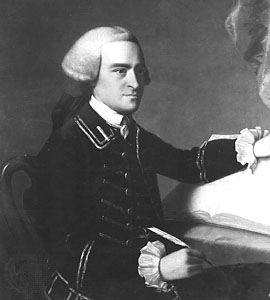 After the Boston Massacre in March of 1770, Hancock became the leader of a committee that demanded that British troops were to be removed from Boston. He said that about 10,000 colonists were at the ready to march into the city if the British did not remove the troops while meeting with Governor Thomas Hutchinson and Colonel William Dalrymple (British officer in command). However, Hutchinson realized Hancock had been bluffing. Dalrymple did agree to move the troops outside of Boston though. Bostonians celebrated Hancock as a hero because he had gotten the troops removed from Boston. In May he was reelected to the Massachusetts House with almost a unanimous vote because of his victory with Dalrymple.

Hancock became the colonel of the Boston Cadets in April of 1772 after being elected and having Hutchinson approve the position. A month later, Hutchinson also approved Hancock’s elected position to the Massachusetts Governor’s Council after vetoing it many times earlier. This time, Hancock declined his spot on the Council though. Hutchinson also attempted to break Hancock’s ties with Samuel Adams, but failed. The two worked together once more in 1773 to publish letters Hutchinson and Andrew Oliver had written back and forth. Hutchinson was soon called by the House to be removed from his position as governor.

Gaining more and more political fame, Hancock gave a speech on the fourth annual Massacre Day that was published and printed after he had been suffering with gout for a few months before. When General Thomas Gage took over Hutchinson’s spot as governor, Hancock was dismissed from the Boston Cadets but soon elected president of the Provincial Congress. Then, Hancock was elected onto the Second Continental Congress on December 1, 1774. He was unanimously elected once again as the President of the Provincial Congress in February of 1775. Hancock attended the Provincial Congress that April then stayed with Samuel Adams in Lexington before making their way to Philadelphia. That same month, Gage had instructed his men that the two of them were to both be arrested. Eventually, he decided against it. 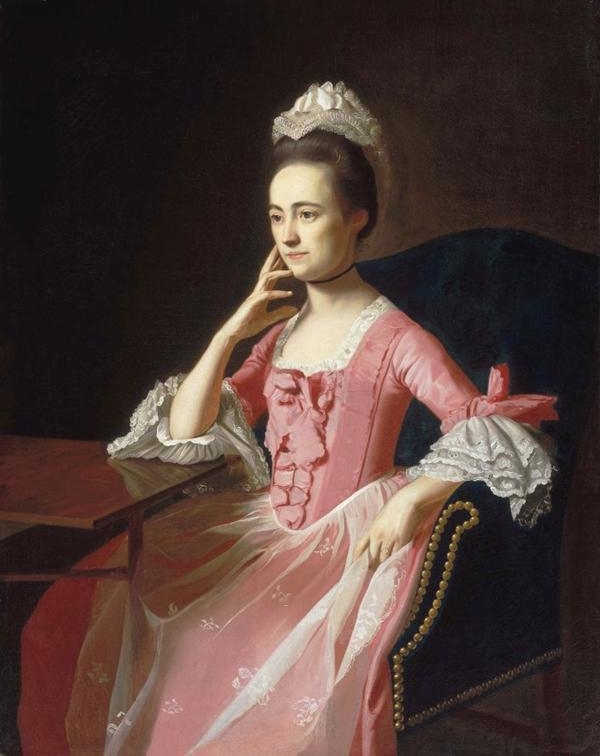 On August 28, 1775, John Hancock married Dorothy “Dolly” Quincy in Fairfield, Connecticut. She was ten years his junior and twenty-eight years old at the time of their wedding. A year later, their daughter Lydia Henchman Hancock was born, though she died in infancy ten months later. Their second child John George Washington Hancock was born in 1778 but died in 1787 after injuring his head while ice skating. Neither of their children survived to adulthood.

When he returned home to Boston, Hancock was elected to the Massachusetts House of Representatives once more. Only a few months later, in December of 1777 Hancock had been elected to rejoin the Continental Congress as a Massachusetts delegate.

In June of 1778, Hancock returned to Philadelphia. However, he was upset that Henry Laurens was the new continental Congress president and was not getting along well with Samuel Adams. Hancock was not happy there and wanted to go back to Boston to be with his wife and son. He signed the Articles of Confederation on July 9, 1778 then returned to Boston, where he led many men into combat after being  appointed senior major general of the Massachusetts militia two years earlier.

The Massachusetts constitution had finally gone into effect in October of 1780 and the state was in need of a new governor. With over 90% of the votes, Hancock was elected as the first Governor of Massachusetts. He was a successful governor and was able to lead his state through war and financial crisis, but on January 29, 1785, Hancock resigned because of his failing health. It is speculated that was not the only reason, there had been growing unrest in Massachusetts’s countryside. Hancock was then elected to the Confederation Congress as president, but never attended a meeting because of his poor health. James Bowdoin succeeded him, but was highly unpopular amongst the citizens. In 1787, Hancock was elected and became the third Governor of Massachusetts.

As his health worsened, Hancock retreated more and more into the background and stayed in Boston. When he was put forth as a potential presidential candidate in 1789, Hancock did nothing to campaign . He did end up receiving four electoral votes despite this though.

John Hancock died at fifty-six years of age due to failing health on October 8, 1793 in Boston. Samuel Adams even declared the day of Hancock’s burial a state holiday even though the two had had a falling apart earlier.