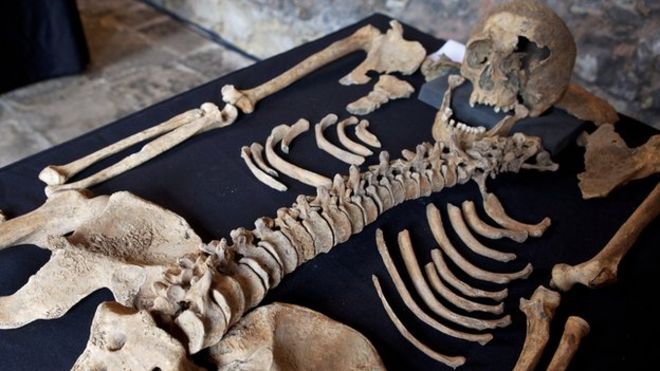 LONDON, ENGLAND – this past month, archaeologists excavating a plague burial ground at the edge of London unearthed a surprising find: the skeletons of two men buried holding hands.

The grave dates back to the most famous outbreak of bubonic plague in London. It swept through the city in the year of 1348, during the reign of King Edward III. The epidemic wiped out more than half of London’s population. A staggering two million people died without ever having their last rites – and it was so bad that Pope Clement VI granted remission of sins to every plague victim because so many died without a clergymen there to give them their last rites. That was probably because the clergy was in such short supply – over two-third of England’s entire clergy died within the year.

Historians recording the incident write that peasants abandoned their fields. Heavy rain fell, and grain lay rotting, leading to a shortage of food across England. Livestock died. Farms were left abandoned. One monk tells us: “Many villages and hamlets have now become quite desolate. No one is left in the houses, for the people are dead that once inhabited them.”

The plague, at first, didn’t spread as far as Scotland. The Scots viewed it as God punishing their enemies, so they gathered an army near Stirling, intent on catching England defenseless. Before they could march on London, the plague swept into their ranks and killed almost everyone. English troops chased the remaining survivors back to Scotland, and they fled there, spreading the plague into the heart of Scotland.

This year, twenty-five individuals were unearthed in London. Scientists extracted DNA from the skeletons in order to determine which ones were plague victims, and nearly all of them contain the pathogen that started the plague, Yersinia pestis. The dead were buried in a massive cemetery that was opened in 1348. It’s been well-preserved. Nothing was built on top of it for close to 500 years. It was run by the Charterhouse Monastery, which eventually became a charitable foundation and is still up and running. Originally, Charterhouse was founded to pray for the souls of the dead. Eventually, after the Plague, this particular cemetery housed over 50,000 corpses. 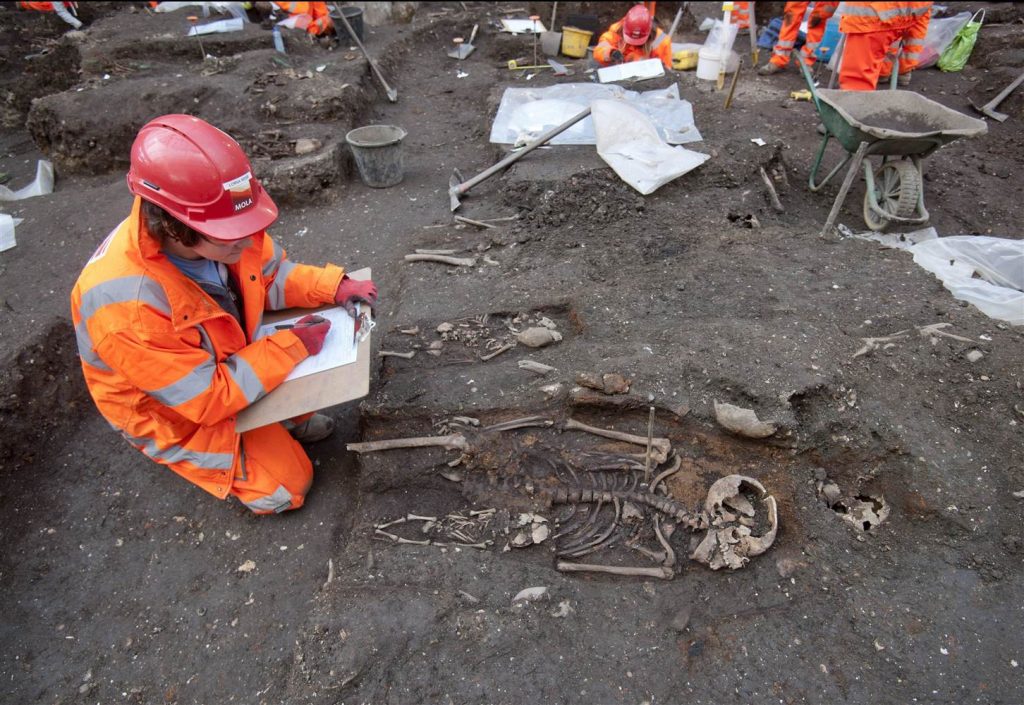 The find was one of several made across London during the construction of a new, highly-efficient rail system, called Crossrail. The excavation was headed by the Museum of London Archaeology.

In the last layer of graves, three layers down, the archaeologists found two skeletons buried holding hands, both heads facing the same direction: to the right. At first, the archaeologists thought that it might have been a couple, but further investigation revealed that the two were both male. It remains a mystery as to why they were buried this way.

“One possible interpretation is that they were related in some way, for example by blood or marriage,” head archaeologist Sam Pfizenmaier explained.

It’s possible that the position could have been accidental. Soil samples from around the skeletons reveal that neither bodies were buried in a shroud or a coffin. Until more research is conducted, we can only guess whether or not this was an intended final state, or if the skeletons were disturbed in some way which caused them to end up like this.

This wasn’t the only valuable find discovered at this particular excavation. Archaeologists also found leather and textile fragments. These were originally trash thrown away by Tudor-era residents, carried to this spot by a stream that ran behind old houses.

London is still full of surprises, it seems. There’s still quite a lot of history left to uncover, and as construction is being done, the city is taking great care to make sure no history is lost in the process.

If you’re in the area, many of the finds discovered at the cemetery, including a skeleton, can be viewed in a display at the Museum of London Docklands. The artifacts will be housed there until September.