“It’s just a theory, an idea, but somebody has to say it first.” – Bjarne Henning Nielsen. 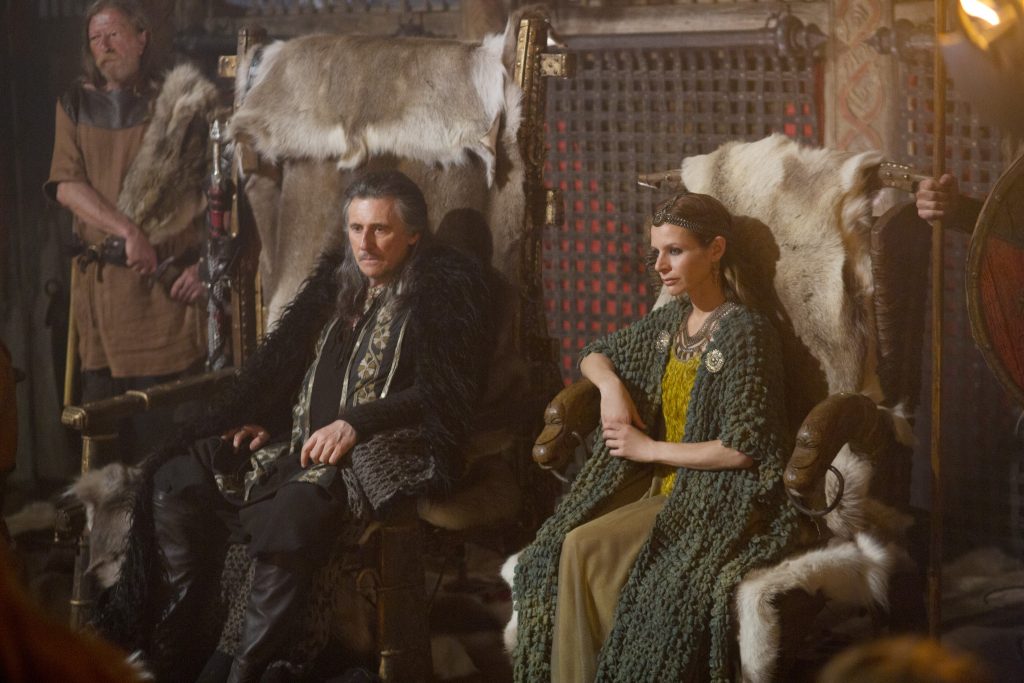 Bjarne Henning Nielsen, a Danish archaeologist, believes he may have found the burial of one of the oldest known Viking chieftains, Ulv Galiciefarer, in northern Jutland.

Ulv ‘the wolf’ Galiciefarer, Earl of Denmark (how’s that for a name?), was a Viking chieftain famous for raiding the lands of Galicia during the early eleventh century. According to some sources, he was the grandfather of Boedil Thurgotsdatter, the wife of Eric I of Denmark, and the great-grandfather Valdemar the Great, the king of Denmark in the late 1100s.

Most of what we know of Ulv’s life comes from the Knýtlinga saga, written in the 1250s. According to the saga, Ulv spent his life raiding and plundering the coasts of Galicia and met very little military opposition. His raids including looting not only the coastal towns, but monastic communities on the islands of San Simon, Cies, and Toralla.

So, what leads Nielsen to believe he’s found the final resting place of this fierce Viking earl? Well, Bjarne Nielsen is a curator at Vesthimmerlands Museum, and he’s spent a lifetime studying the tombs of other important historical Danish princes, officials, earls, and kings. He’s been studying this particular tomb since 2009 and has found a number of similarities in the burial practices used with the common burial practices for important Danish nobility in historic times. 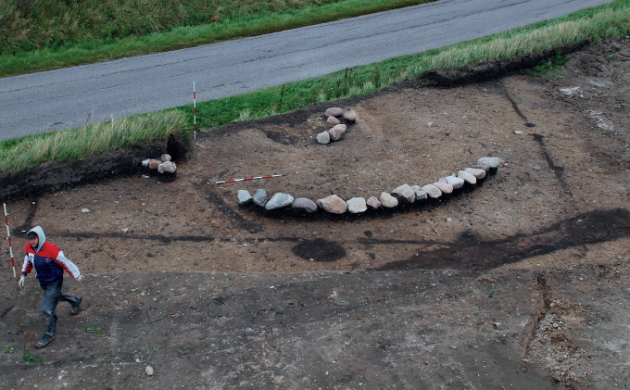 The first clue to the identity of the person buried in the grave is its location. The grave was constructed on land thought to have been part of Valdemar the Great’s ancestral heritage handed down from generation to generation for hundreds of years. If the area around Næsby in Jutland, where the tomb was found, was actually owned by Valdemar and his family, then its likely that his great-grandfather would have been buried somewhere in the area.

“It is private property he inherited from his father’s side,” Nielsen explained, “and [Ulv] Galiciefarer is part of the lineage.”

The tomb was found surrounded by a dark ‘square’ in the ground. Dark markings in the earth usually come from decaying carbon-based material, such as wooden walls. The tomb probably originally had some sort of building around it, which was a common practice among noble burials from that period. Archaeologists also found a sword with the warrior laid to rest in the tomb, and used it to date the burial to the first half of the 1000s AD, right around when Ulv Galiciefarer would have been living.

“There is of course not a note in the grave saying ‘Here lies Ulv’,” Nielsen joked, “but the time and place fit and the burial is consistent with that of someone the king would want to honor,” Nielsen concluded, though he did admit that his theory might be just wishful thinking. “All we can do today is speculate, but someone wanted to honor the great hero who lies there, whose name we unfortunately may never know.”