“We’ve tried to create an immersive experience for passengers. It sheds light on the daily life of ancient Romans and people living in subsequent centuries.” – Filippo Lambertucci, professor of archaeology with La Sapienza University in Rome. 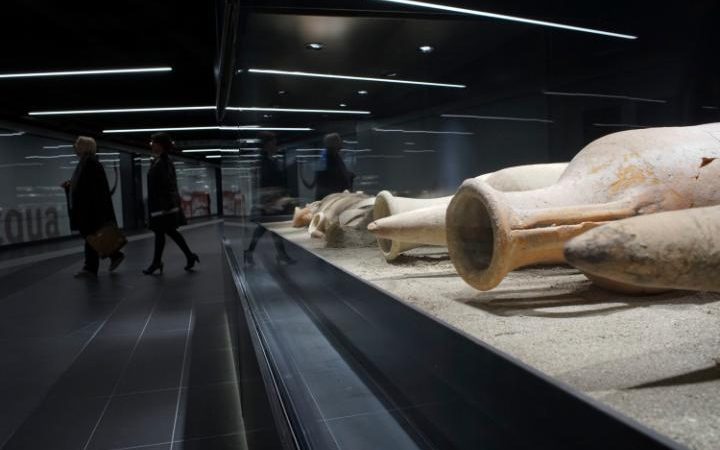 ROME, ITALY – throughout a decade-long construction project for a new underground rail station, over 40,000 unique artifacts dating thousands of years back were uncovered. Now, these artifacts are on display right where they were found: in the subway they call home.

The engineers building the new metro station had to dig down extremely deep to construct it. Archaeologists jumped on the project almost immediately.

“The project allowed us to reach depths that, as archaeologists, we never normally reach,” Francesco Prosperetti, superintendent of Rome’s archaeological department explained. It’s an unprecedented opportunity to study every single layer of Roman history, dating all the way back to when humans first settled the area.

There’s all sorts of treasures, from troves of gold Roman coins to marble statues, prized turquoise glass, oodles of iron spearheads, and giant amphorae that once held Roman wine. Further back, archaeologists have discovered and displayed bronze fish hooks from an ancient Roman fish farm, 2,000 year-old peach stones, and a 3,000 year-old woven basket.

“It’s a sort of time machine – the further down you go in the station, the further you reach back into the history of Rome.” – Francesco Prosperetti.

To guide the passengers as they journey back in time, key dates of the history of the city have been marked on the station’s walls. These include Emperor Aurelius’ construction of walls, the sacking of Rome by the Vandals in the 3rd century AD, and eventually the Fall of Rome in AD 476. 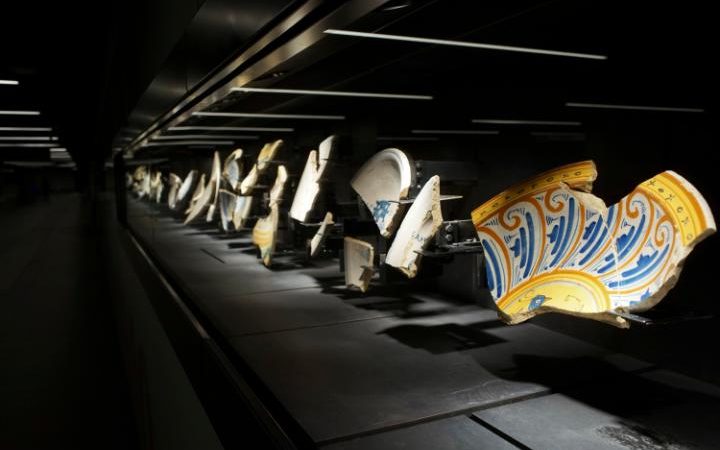 It’s a fascinating look at the history of Rome, like a free history lesson every single time you take the train – a textbook given life.

This is the first of two “station-museums” that Rome plans to build along its new metro line, and the second will boast an even more impressive find: the remains of a Praetorian Guard barracks.

The Praetorian Guard were an elite group of soldiers responsible for the Roman emperor’s safety. The barracks is believed to have been built by Emperor Hadrian, and was discovered more than 30 feet underground. The engineers and archaeologists are teaming up to incorporate the barracks into the architecture of the station, so that once more, people can walk the halls of this ancient building. The station is due to be finished in 2021.

It’s heartening to see that, even with new construction, cities are taking great care to preserve their history. It’s even more heartening to see steps being taken to give this history back to the people that live there. There aren’t any museum fees to bar entrance to this wealth of information. It’s a free, beautiful picture of what Rome was like throughout its history, there for everyone riding the metro. These artifacts are being cared for and respected and left in their original home. What more could we ask for?