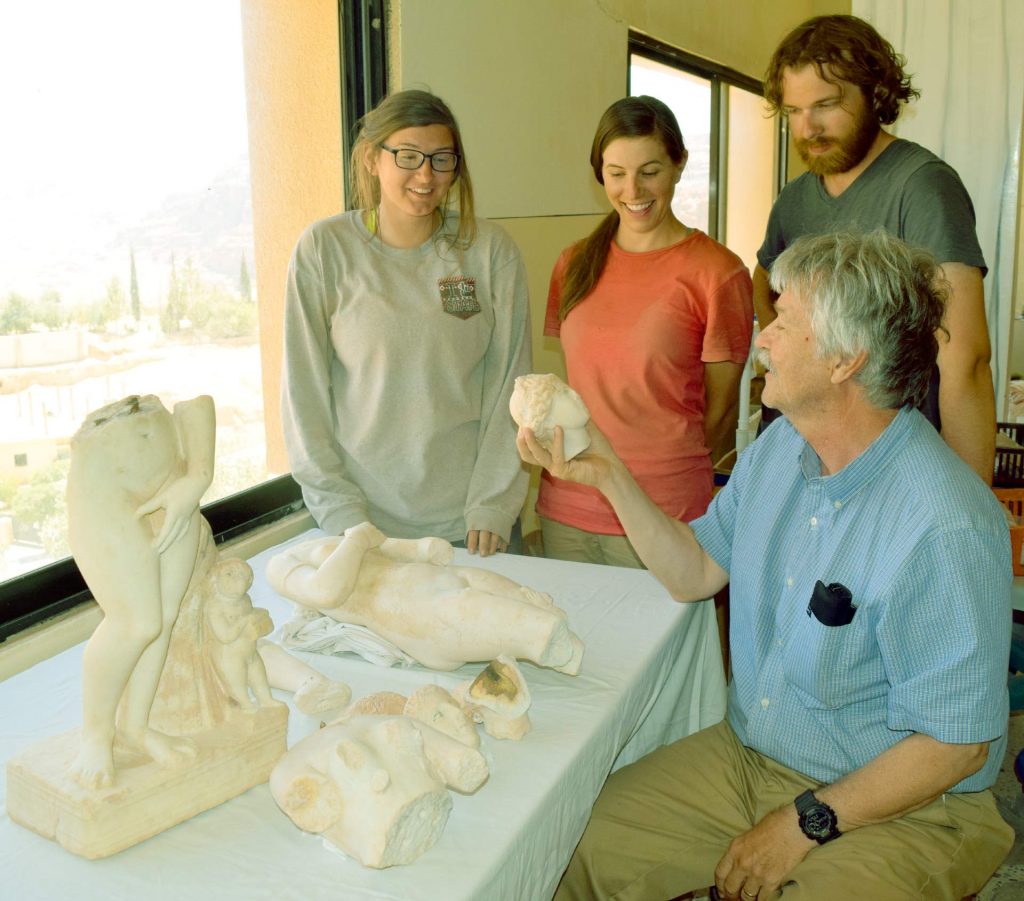 PETRA, JORDAN – Archaeologists were excavating Petra’s north ridge, examining what they thought was a pretty ordinary house for the area, when they found something none of them expected: Roman statues of the goddess Aphrodite and her mythological helper, Cupid.

The statues are remarkably intact from pedestal to shoulders. The archaeologists also found their heads and upper extremities at the site. The house was much more Roman than any of them had expected to find it. It was structured like an urban Roman villa, equipped with its own bathhouse. The statues were found near a staircase.

The archaeologists and historians working at the site believe the discovery of Roman-style statues of Roman deities provide insight into the extent of the cultural impact of the Roman annexation of the area in AD 106.

Petra was part of what is called the Nabatean Empire. The empire began as a humble pastoral tribe in Jordan in the 7th century BC. For a while, their land was controlled by several different empires, including the Assyrians and Babylonians. But, slowly, the Nabateans began to grow into their own kingdom. They lived largely in peace with their neighbors, securing peace treaties with Persia in the 500s BC. 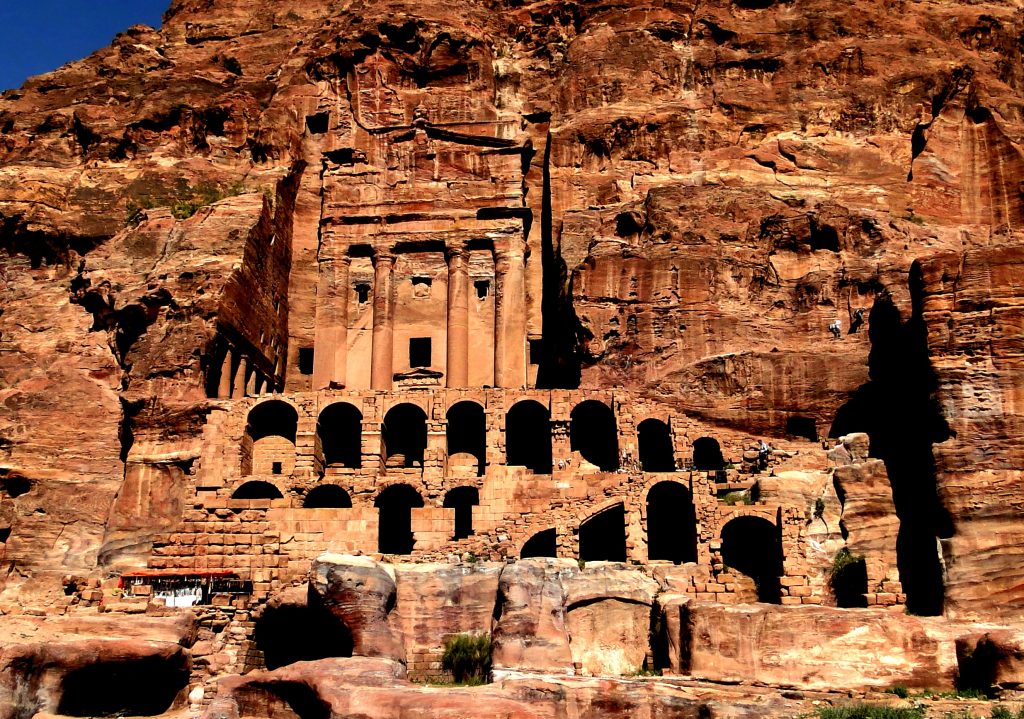 By the 300s, they were a recognizable political entity all their own that would not be subdued by anyone, including the Greeks. They developed their land in the Negev desert, making it livable by building cisterns and damns to trap water and carving out terraces. They remained their own independent empire, even when Rome swept through and conquered the remains of the Greek Empire. The Nabateans made their living trading with their neighbors and controlling the oases in the area.

Finally, in 106 AD, Nabatea, and thus, Petra, was conquered by Roman Emperor Trajan. They didn’t put up much of a fight; the Nabateans decided it was better to assimilate than to be crushed under the might of Rome. It was a wise decision.

“The Nabataeans were true geniuses in many ways, in part because they were ready and willing to assimilate to and adopt elements of other cultures around them,” Professor Parker, co-director of the dig at Petra explained, “They adopted a lot of Egyptian culture when they were neighbors. When Romans took over, they were open to Roman influence.”

This discovery at the home in Petra confirms that the Nabateans were ready and willing to absorb other cultures – a necessity for any successful trade-based empire. After a while, they apparently began to model their own homes after the Roman style, adding bathhouses like the one found in Petra, and, even apparently adopted Roman gods…at least the ones they liked, anyway. Nabatean King Aretas IV even built a Roman-style amphitheater in Petra for the use of drama, and, no doubt, speeches and fights, a necessary building in any good Romanized town.

Even with all this willing assimilation, however, the Nabateans did stubbornly keep to their own alphabet rather than using the Latin one. The Nabatean script would, eventually, become the basis for Arabic.

Under Roman rule, the Nabatean Empire flourished. Roads were repaired, the all-important incense route was made secure, and several new buildings were constructed.

Beyond the two statues, Professor Parker and his team of archaeologists found many other artifacts that give us insight into how Nabateans lived under Roman rule. They’ve discovered complicated kitchen designs, storage units, several hundred pottery shards and animal remains that will give us clues to what the common Nabatean ate, one iron sword, ceramic oil lamps, personal affects, lots of jewelry, and even human remains.

These finds are in the care of North Carolina State University and Professor Parker’s team, and they’re being carefully examined and cataloged. This discovery at Petra has been filled with an immense wealth of clues as to how the people in the city went about their daily business.